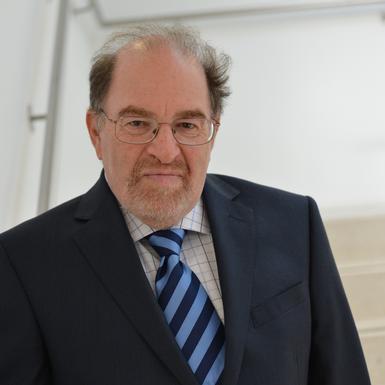 My current research interests lie in various applications of game theory. I am interested in mutual-choice matching problems (male-female, employer-employee) and in models of candidate selection for jobs by a committee. I have a long term interest in the field of search games, where players want to find each other (rendezvous search) or where one player wants to find an adversarial hider. The later relates to the general area of network search. The 'hider' could be an unknown economic variable such as future demand. A related area is that of patrolling a network against attack from an adversary, a new area known as 'patrolling games'.
I am also interested in 'caching games', where an agent caches material (squirrels hide nuts; terrorists, weapons; investors, money) some of which may be confiscated (or lost due to bank failures). The aim is to maximize the probability of having sufficient material left after loss (enough to survive the winter, to retire on).

I have recently joined the ORMS group at WBS after a long stay at the London School of Economics, where I was Professor of Mathematics and Operational Research. I grew up and completed my education in America, where I did my AB at Princeton (I wrote my Senior Thesis with Oskar Morgenstern) and my PhD at the Courant Institue-NYU (thesis on dynamical systems, under Peter Lax). I worked in America for a while before crossing the Atlantic, teaching at NYU, UCLA, Bryn Mawr and Yale.

I did much of my early work in the area of ergodic theory and dynamical systems, working with J. Oxtoby, S. Kakutani and V. Prasad. My more recent and current research interests are in the Operational Research areas of game theory, search theory (particularly rendezvous search, which I first proposed in 1976) and decentralized matching theory. Lately I have been applying theoretical results in search theory to animal behaviour (predator search for prey, 'pilferer' search for cached nuts). I have recently become interested in problems of group decision making, including jury voting and committees.