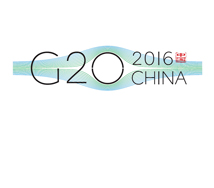 Professor Ivo Vlaev told a meeting of the G20 nations in China how a five-star rating system could be used to help protect consumers when buying financial products.

The FairBanking Foundation, of which Professor Vlaev is a part of, is a research-based charity and developed the FairBanking Mark with an objective to encourage and assist banking providers to improve the financial well-being of their customers.

“FairBanking Ratings measure the extent to which a financial product includes features that, when used by the customer, are likely to improve his or her level of financial well-being,” said Professor Vlaev.

“It also means good products are acknowledged, highlighting to financial institutions what others are doing – some have then followed suit.

“It can also educate customers, highlighting to them features that could be helpful to them, particularly to existing customers.

“Finally it can promote new developments as we see specifications changed over time to encourage innovation and product improvement.”

Professor Vlaev used the example of a NatWest saving account using an image of a rainy day as a further example of behavioural economics. The image he suggests, prompted customers to put money aside, with them reluctant to spend it.

“The rationale behind this thinking comes down to two ideas: mental accounting and loss aversion," he said. "Under the idea of mental accounting it is suggested we separate our money into different accounts based on differing criteria, hence saving for a rainy day. With the concept of loss aversion it is argued we prefer not to lose out, rather than to gain things.

"Another example from online bank Think Money uses norms to motivate money management, greeting customers with one of two messages on their account status, a positive one or a negative one encouraging changes to the customer’s account.

For his presentation Professor Vlaev also discussed the Mindspace report published by the UK Cabinet Office he co-authored, explaining how it advised local and national policymakers on how to effectively use behavioural insights in their policy setting.

“Any policy influences behaviour, so ones that influence it for the better are preferred. We should judge the success of a behavioural policy if it satisfies two properties: it improves behaviour, it involves less legislation.”

Mindspace is now being used across the UK Government, as it provides the intellectual basis for the work of the Behavioural Insight Team at the Prime Minister’s office.

The G20 event held was organised by the People’s Bank of China and took place in Xi’an, China – the home of the famous Terracotta Army.