Does the order of voting matter? 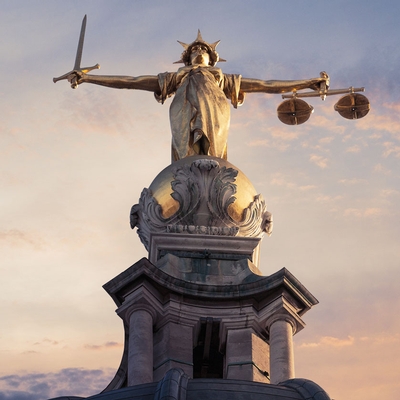 Steve Alpern, Professor of Operational Research, was playing ‘doubles’ tennis while Bo Chen, Professor of Operation Research and Management Science, was playing ‘doubles’ badminton and on a close line call all four players shouted out, in some order, providing their views i.e. whether they thought the ball was In or Out. After their respective games, they began to think about whether the order of calling out might have affected the final verdict. Some might have thought it was very much In or Out, others might have thought it was almost too close to call.

The Professors started to wonder “if I was of the latter group and called out second, I might have been reluctant to go against an earlier call of someone who ‘was closer to the line’.”

This led the Operational Research Professors to thinking about the importance of both voting order in ‘juries’ where everyone is not ‘equally close to the line’ (i.e. they do not have the same abilities) and whom should make the casting vote.  They decided to put theory to the test and undertook a study to explore these ideas, resulting in a series of published papers co-authored by the racquets sports fanatics.

The papers consider the voting order and casting vote for jury decision, where the jurors have varied abilities. A jury might be the referee team in tennis or badminton, a courtroom jury trying to determine the guilt or innocence of a defendant, or an economic jury deciding between high and low growth in an investment decision.

These findings cast some doubt on the practice of having the final appellate decision in the law courts given by the most senior judge (who perhaps also has the highest ability). Also, when the courts obtain ‘second opinions’ by doctors or ‘expert witnesses’, the voting process could be optimised by approaching the median expert from a group of three experts.

These findings might be applied elsewhere, for example in the PhD viva process, where casting vote is used in a three-member panel, i.e., the first two panel members vote and if they are not in agreement, the third panel member has the deciding vote. The authors’ findings suggest that the panel member of median ability should have the casting vote to minimise the chances of making an incorrect decision.

Further work is planned by the racquet talented duo to explore the voting order and process of larger juries. We wonder if these findings might challenge the 1785 Condorcet Jury Theorem about probability of a given group of individuals arriving at a correct decision. The 2018 Alpern-Chen theorem, perhaps? Watch this space.