Having a union rep can boost job quality and productivity 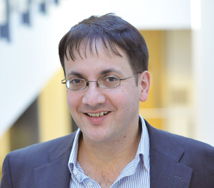 Having a union rep in the workplace improves job quality for employees by reducing their levels of stress, improving their work-life balance, and improving their well-being, according to new research.

This is important because higher job quality can lead to higher productivity and fewer workers quitting their job.

The paper Union representation, collective voice and job quality: an analysis of a survey of union members in the UK finance sector by Professor Kim Hoque, of Warwick Business School, John Earls of the Unite trade union, Neil Conway of Royal Holloway, University of London and Nick Bacon of Cass Business School, analysed a survey conducted by Unite involving union members from the UK finance sector.

Professor Hoque said: “Job quality is not only important to the individual worker, but to the organisation or company as well. Job quality has been closely linked to job satisfaction, which in turn has been identified as an important element of higher productivity. It also leads to fewer workers leaving and lower absenteeism, both of which have an economic benefit to the organisation.

“Having a union representative on site seems to help improve workers job quality; this could be an important finding for companies looking to improve productivity as well as conditions for workers.”

The research, which is due to be published shortly in the journal Economic and Industrial Democracy, analysed responses from 3,087 members employed across 174 companies. A large proportion of the respondents (41 per cent) were from the large banks, while 13 per cent were from large insurance companies.

Professor Hoque said: “Respondents’ perceptions of three of the four aspects of job quality under observation - job content, work-life balance and job stress were more favourable where an onsite representative was present, although the association was weak for job stress.”

But the research found no evidence of an association between onsite representative presence and job security.

“This might be seen as unsurprising given that employer concessions to union demands for greater job security may lead to significant additional labour costs in the event of a downturn, hence employers may be particularly resistant to attempts to influence this,” said Professor Hoque.

“What’s more, decisions on these matters may also be beyond the sphere of onsite union representatives’ influence at a local level.”

He said: “Under this theory, job quality will be higher where an onsite representative is present, and that this is explained by the higher levels of collective voice that such representatives engender.

“If unions voice their members’ job quality concerns via either informal communication channels or collective bargaining processes, this will bring job quality problems to the attention of management, who will then subsequently respond by making changes within the workplace to seek to address these problems.

“As such, any future moves to weaken rights to time-off (as already witnessed in the British civil service) that reduce the ability of onsite union representatives to boost job quality via the enhancement of collective voice could in turn reduce the indirect positive influence of onsite union representatives on such socio-economic outcomes outlines.”