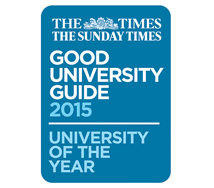 The University of Warwick has been declared University of the Year by the Times and Sunday Times newspapers. Warwick also rises two places to eighth in the UK in the two newspapers’ overall University league table, which will be published this Sunday 21st September 2014.

The Sunday Times and Times said:

“Warwick has been an ever-present in our top 10 over the past two decades. A place to study here is highly prized.”

“The university will celebrate its 50th anniversary next year and in its first half century has established a formidable reputation on the national and international stage as a powerhouse of teaching excellence and business-focussed research.”

“Our greatest achievement of the past 50 years has been to remain student focussed. The four parts of Warwick’s genetic code are: A commitment to outstanding teaching; absolute academic excellence; the economic regeneration of the West Midlands; and Internationalism expressed through partnerships with academic institutions around the world.”