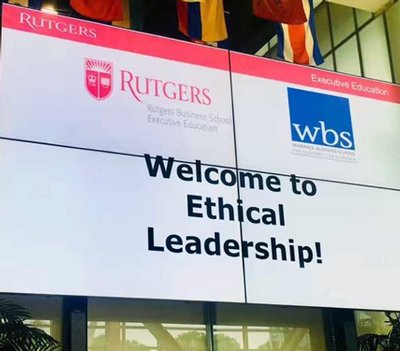 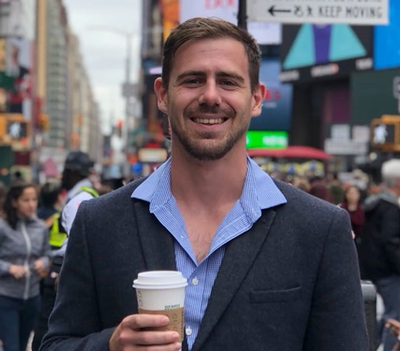 MSc Finance student Alex Dickerson shares his thoughts on how a recent trip to take part in a bespoke ‘Ethical Leadership Program’ at Rutgers Business School, New Jersey, helped him to consider the ethical dilemmas he may face in the financial industry after graduating.

I come from a risk management background and wanted to study finance at a world class business school in the UK. I was attracted to the MSc Finance at Warwick Business School (WBS) for its highly ranked course and its campus based location. Furthermore, I was intent on progressing my studies after the MSc Finance and chose WBS based on its highly ranked research output and quality of academic staff. I have now been accepted on the PhD in Finance and Econometrics at WBS starting in October 2018.

Ethical dilemmas in the industry

Currently, Warwick Business School does not offer ‘business ethics’ based coursework as part of the core or elective modules on the MSc Finance degree. Given the wide array of ethical dilemmas one will face in the financial industry (and the industry’s very poor track record), the trip was centred around the core topic of ‘ethical leadership’. Lectures were based around ethical theories from a philosophical standpoint, which then led to their application in a finance setting.

The first set of lectures built the foundation for the programme.  We had the privilege of being taught by Joanne B. Ciulla, a Professor and the Research Director of the Institute for Ethical Leadership within Rutgers Business School.  Prof. Ciulla was very engaging and detailed the philosophical theories which underlie ‘ethics’. We covered Kantian, Utilitarian and Virtue ethics. We also covered so-called moral dilemmas.

An example which stumped the class was a case where we are in a self-driving car speeding towards a tunnel. We cannot change what the car does manually – it is controlled by an algorithm. A person on the side of the road, very suddenly, falls on the road into the path of the car. Basically, the algorithm has two options. The car can swerve which would result in our death (we would crash into the side of the tunnel entrance) but save the person.  Or, the car can slam on the breaks and crash into the person which may or not save them (or us). The conclusion was that ethics impacts us in ways that we don’t think about. Programmers at Tesla, Google and other autonomous car makers tackle these issues every day when designing their algorithms.

I found the class stimulating and it forced us to engage with issues we would otherwise not have thought about. Finance is often about quantitative issues – we often forget to think about the outcomes beyond what the numbers say.

A different angle on cryptocurrencies

Cryptocurrencies are a hot topic of conversation amongst not only finance students, but society at large.  Often, conversions focus on the price, trading and if the market is in a bubble or not. In a session on our second day, Professor Christopher Young took a different angle and lectured us on the ethics of initial coin offerings (ICOs).  With the wide array of scams that plague the cryptocurrency investment space, it was quite fitting.  Discussions centred around the difference between a stock and a ‘coin, token or currency’ issued by companies engaging in ICOs. We established that investors in IPOs are generally protected by a set of laws and practices which prohibit the issuing company from misusing the capital raised. Investors in ICOs do so based on a ‘white-paper’ – a single document outlining what the company ‘intends’ to do – not even what they will do.

I enjoyed the lecture – we couldn’t establish whether the ‘vision’ of cryptocurrency is being tarnished by regulations or increased bank interest. Initially, Bitcoin and other cryptocurrencies were designed to break away from mainstay financial intermediaries. With the onset of regulation and keen interest from banks, perhaps this vision is being tarnished. Perhaps the ‘decentralised’ aspect of cryptocurrency is in fact in the process of being centralised by the institutions that it sought to break away from.

In the Q&A, cryptocurrency was a hot topic once again. The traders seemed to think that Bitcoin and other cryptos are a store of value and that in their opinion will reach institutional investors by the end of the year. The biggest stumbling block, in their opinion is the absence of an institutional ready way to trade and store digital currencies. This is a 180 degree turn from when Jamie Dimon (CEO of JP Morgan) called Bitcoin a fraud. Most large banks are in the process of setting up ‘crypto desks’ for institutional trading.

Key takeaways from the trip

I was inspired to think about my daily decisions from an ethical standpoint. Often, we get so caught up in life that we tend to disregard how actions may affect other people. Also, the use of quantitative analysis does not guarantee that your actions will be ethical.

Find out more about our MSc Finance on our course web pages.