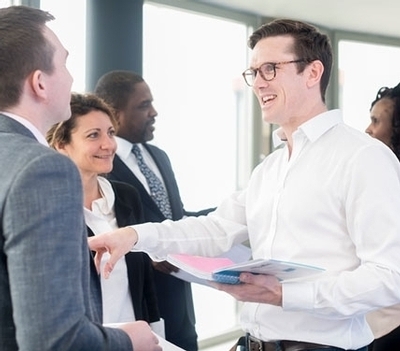 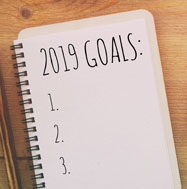 Goal-setting to take your career to the next level

How to Win Friends and Influence People’by Dale Carnegie was published in 1936 but it’s sold millions of copies and is still a bestselling text in the genre of personal and business development.

Why? Because despite the fact that it was written so many years ago, it was based on thorough research and its advice seems as relevant as ever. Its central premise is that if you improve your interpersonal skills, and your understanding of what makes people behave the way they do (much later defined by Daniel Goleman as ‘Emotional Intelligence’), you’ll be better able to influence people with to a view to building strong relationships to advance your career, as well as gaining business opportunities.

The book is all about being an open, engaging and gracious person; dealing with others in a courteous manner, and - perhaps most famously - how to be ‘likeable’, particularly in the world of business such as job interviews, networking, and meetings. It isn’t about manipulating people or telling what they want to hear; it is about putting yourself in others’ shoes and acting with that knowledge in mind.

While some of the principles seem obvious, we might all benefit from a regular reminder of them. I examine here Carnegie’s 6 ways of making people like you:

“It is the individual who is not interested in his fellow men who has the greatest difficulties in life and provides the greatest injury to others...”  Alfred Adler

First and foremost, the only way to make quality, lasting relationships is to show (or learn to be) genuinely interested in other people. Depending on what type of personality you have, this may be either the easiest, or the most difficult tip to implement. Hopefully, you find the people around you interesting: each one is a unique individual, with their own backgrounds, perspectives, and opinions. Learning those things about someone should be enjoyable - that’s part of what makes meeting new people exciting. If we only ever thought about our own interests, and ourselves, we would become increasingly self-absorbed and probably perceived as boring by others. Carnegie shares a number of convincing stories in the book as evidence of this point, demonstrating that even a little effort in this regard goes a long way.

The importance of a smile and what it conveys

It may seem terribly obvious but it is true that if you’re seeking to become more popular, adopting a genuinely pleasant expression on your face is a good way to start. A smile makes you seem inviting, warm and approachable. It costs nothing and has an amazing ability to make others feel at ease and kindly disposed towards you.

Imagine if you met someone for the first time, shook their hand, and they didn’t even attempt a smile. What impression would that give you? That the person was unpleasant, had no interest in meeting you, and had pre-conceived notions about meeting you?

Carnegie recommends we smile in everything that we do – in person and on the phone; not only towards your friends and colleagues but also the office cleaner, the waiter, your most junior employee, your GP...and see how much better a response you receive.

Remember that a person’s name is their identity

Remembering and using someone's name is a good way to make people feel important. It’s become a classic sales technique, for a reason: people like it when you use their names. That’s why marketing emails put your name in the subject line and why Starbucks calls your name instead of whatever coffee you ordered. Calling someone by their name is like paying a very subtle compliment. Conversely, forgetting or misspelling someone's name can have the opposite effect and make them feel as though theyre unimportant or we’re disinterested in them.

Remembering and using people's names is also a critical component of good leadership. The executive who can't remember employees' names is neglecting an important part of the business. This may feel more like a tactic than being genuinely likeable, but it’s certainly useful to remember in situations where you need to win people over quickly.

Be a good listener

Carnegie explains that he once attended a dinner party where he met a botanist whom he found to be absolutely fascinating. He listened for hours with excitement as the botanist spoke of exotic plants and indoor gardens, until the party ended and everyone left. Before leaving, the botanist told the host of the dinner party that Carnegie was a “most interesting conversationalist” and gave him several compliments. Of course, Carnegie had hardly said anything at all. What he had done was listen intently. He listened because he was genuinely interested.

Talk about the other person’s interests

Which engages you more: hearing someone talk about their favourite film or someone ask you about your favourite film? People are inherently more invested in a conversation when it’s about something they’re interested in. Obviously, some conversations are inherently less interesting than others but when it comes to connecting with people, small talk, networking, and even job interviews, it’s important to find common ground with people quickly.

Listening comes into play again here: if your conversational partner brings up a personal interest - football, opera, rowing, a favourite author, whatever it is - ask them about it. If you don’t know anything about their interest, ask them! Chances are they’ll be happy to enlighten you and share their interest, and, just like that, the relationship is up and running.

Make the other person feel important - and do it sincerely

Some of Carnegie’s book is derived from philosophical and biblical principles such as “Do unto others as you would have them do unto you.”

This last point on likeability relates to making others feel important, in a sincere way. How often do we notice someone who looks down, or bored - perhaps someone whose job is very repetitive or whose manager doesn’t give them much recognition? What could we say to that person to cheer them up?

Combining all of the above points, through being interested in others, pleasant, and a keen listener engaged with others’ interests, you can make the person you’re speaking to feel like they’re the only person in the room…and it’s hard not to like, and want to help, this kind of person.