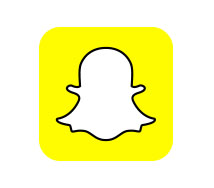 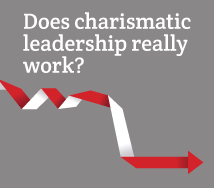 Play safe to get to the top

Evan Spiegel needs help fast and Tencent could provide it 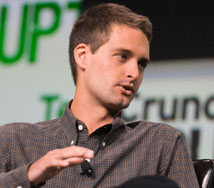 Snap Inc is coming under increasing pressure from investors and Facebook copying its features as it fails to monetise its user base. But John Colley, Professor of Practice in the Strategy and International Business group, believes Tencent has offered beleagured CEO Evan Spiegel a way out.

Snap Inc, owners of Snapchat, recently recorded their third quarter of disappointing user and revenue growth figures since its IPO, but Tencent’s sudden move to take a 12 per cent stake might be the lifeline it needs.

Indeed, Evan Spiegel should seize this chance and realise he would be better off acting as Product Development Director rather than CEO.

In the case of Google, Facebook, and Amazon - which investors are hoping Snap will emulate - the founders brought in capable, experienced management who can run rapidly growing businesses. In the case of Snap this is much less clear. The recent debacle involving the write off of $40 million of video-camera spectacles does not look good.

Spiegel certainly needs help from more experienced management and access to greater resources in view of the strength of Snap’s main competitor.

China’s Tencent will almost certainly not be allowed to own social media in the US, but they may be able to provide experienced management, knowledge and technology sharing. In return they receive insight, knowledge and influence into the US and other markets.

Tencent may well increase their stake as the shares continue to weaken and see this as a way of developing influence and understanding markets outside China by the back door. Without access to Tencent’s resources Snap’s prospects look precarious at best.

The shares have collapsed amid concern that Snap will be another Twitter, LinkedIn or Yahoo which have failed to monetise their user bases. Cash burn of investors’ money is enormous and Snap has announced that it will have to overhaul its messaging app to make it easier to use. It accepts there is likely to be further disruption as a consequence. Facebook and Google together have almost 60 per cent of global digital advertising revenue, by comparison Snapchat has 0.5 per cent.

Spiegel became one of the youngest billionaires at the IPO, but has since found life much harder as Wall Street criticism intensifies.

Snapchat is paying the price for being second mover to Facebook in social media markets where network effects are strong. In short, in social media more users attract still more users as the value of the app increases with each additional user added. The more people on the same app the greater the value to each.

The value of being the first mover in a market is only sustainable if followers can be deterred or disadvantaged. First movers employ an array of methods to slow the progress of competitors.

First of all pre-emption of the market means that if users are happy with the service received they have little reason to try elsewhere, provided a better offering does not turn up.

Hence Facebook is rapidly copying any new features on Snapchat to ensure its followers do not have a better offering. There is always some inertia with users or customers which prevents them moving too readily.

Secondly, create switching costs for customers to make it hard to move elsewhere. In many industries this means contracts over time, loyalty schemes, high branding, or distinctive differentiation.

In social media the biggest switching costs are network effects which mean a competing app probably does not have as many of the people on it as you would wish to message.

Other methods include patents which are very effective in pharmaceuticals and can work in technology markets but rather less so in social media. Secrecy around new technical capabilities and features can also slow competitors’ progress in being able to copy.

Snapchat has taken on a Goliath in the form of Facebook, which has the benefit of pre-emption of the market, switching costs and network effects.

Facebook’s job is to ensure followers cannot develop. Hence Facebook’s ownership of WhatsApp, an encrypted online messaging app, which has an enormous user base and does not attempt to generate revenue through digital advertising. In effect Facebook is blocking off market space to prevent followers who might then attract digital advertising.

Markets have also been irritated by Snap’s founder shares which have all the voting rights and are designed to keep the founders in position however ineffective they may be at running a growing business. New investors at the IPO did not receive any voting rights reducing their ability to influence management.

They would be able to put up with that if there was a rising - but that looks a long way off unless Spiegel gets help from Tencent.

John Colley teaches Strategic Advantage on the Executive MBA and Executive MBA (London). He also lectures on Managing in a New World and Strategic Thinking on the Full-time MBA.