Peter Summerfield, Founder of the WBS Global Mentoring Programme, sadly passed away at the end of last year. In memory of Peter and to mark his extraordinary contribution to the WBS community, three memorial cherry trees have been planted at the North Entrance of WBS. The memorial trees and plaque were unveiled to Peter’s wife Jacqui in a small gathering attended by Andy Lockett, Dean of WBS; Deniz Ucbasaran, Professor of Entrepreneurship; Donna Curtis, Mentoring Programme Manager; Don Barratt, Co-Founder and former Mentoring Steering Committee Chair, and Sanjiv Patel, former Mentoring Steering Committee Co-Chair.

Reflecting on Peter’s extraordinary commitment to helping others, Andy Lockett said: “Peter embodied the very best of the University of Warwick. He was interested in everything and everyone, gave so much of himself to help others, and enjoyed their development and success more than anything. He will be missed by staff, students and alumni. I feel lucky to have known him and will sorely miss his infectious enthusiasm for life.”

Sharing fond memories of Peter and their first meeting, Deniz said: “When I first joined Warwick, Peter reached out to me to connect and offer his support. He was intellectually curious and loved building relationships. I will be forever grateful to Peter for both of these traits. Starting from our very first meeting, we built a great partnership in the classroom and beyond. He shared his insights from his wealth of experience with so many of my students and inspired them on their entrepreneurial journeys. His energy and love of learning was so contagious. He is missed by so many of us.” 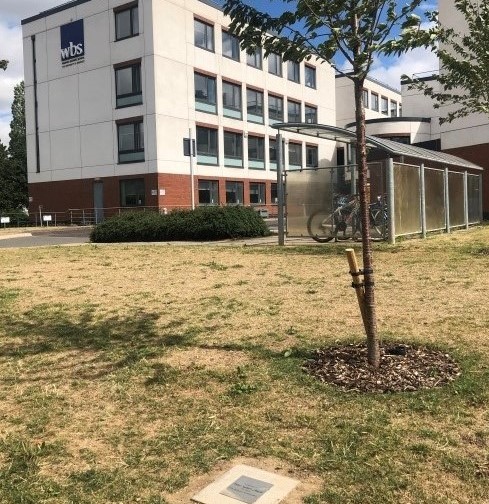 Peter was a passionate supporter of WBS and the development of the next generation. He saw the value in the extensive expertise of the WBS alumni community and how they could help support the next generation develop their careers. To harness that vast experience, Peter was instrumental in founding the WBS Global Mentoring Programme in 2009 and continued to keep in close touch with the scheme.

Former Chair Don Barratt, who worked with Peter in founding the Global Mentoring Programme, shared, “WBS introduced Peter to me, and we became good friends, united in our common belief in the value a Mentor can bring. The scheme has helped over 1,300 individuals globally which is an incredible achievement and legacy.”

Peter officially mentored 10 mentees although unofficially mentored many more. One of his official mentee’s Ope Ndukwke, who is from Nigeria but now living in Canada, is eternally grateful for Peter’s support: “Peter Summerfield was incredibly kind and generous, providing mentoring support that reached beyond my career to every single area of life. His advice continues to guide me even now and I am grateful for his mentorship and I will forever be."

Sanjiv Patel, who recently stepped down as Co-Chair of the Mentoring Programme, also found his wisdom incredibly powerful and far reaching: “Though we came from totally different worlds, we just got each other from the very first time we met. His passion and willingness to push the boundaries for the programme, to go the extra mile with his mentees, was inspiring.”

The memorial trees will offer the opportunity for those who worked with Peter and those he supported, directly or indirectly, with a place to remember his legacy.