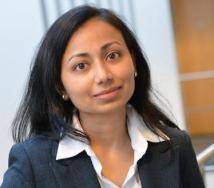 Diversity in boardrooms not just about meeting numbers 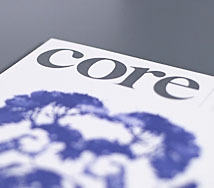 How do companies attract and retain Millennials

Shainaz Firfiray, Associate Professor of Organisation & HRM, discusses how millennials have led to a shift in the hiring process as they bring different demands and skills to the table.

Owing to their reliance on technology, they also have different ways of learning and interacting compared with previous generations.

While some commentators have complained about a sense of entitlement among Millennials, more recent research has revealed that such views have been ascribed to every new generation as it entered the workforce.

One of the many reasons these notions are prevalent is that Millennials are less likely to submissively accept workplace inequities such as favouritism in pay or promotion or other forms of discrimination.

How important is it for young recruits to find a job with a purpose and, in general, the right cultural fit in a business/team?

Work values play a pivotal role in shaping the employment relationship among younger workers so finding a sense of meaning at work is very important as a lack of cultural fit with the organisation may compel these workers to quit their job and seek more suitable opportunities elsewhere.

Several studies have shown that younger workers are attracted to organisations that allow them to pursue their passion, respect them for the value they bring to the workplace and adopt a socially responsible approach towards managing people.

So, unless organisations are responsive to the demands of younger workers they are likely to face difficulties when it comes to attracting, motivating and retaining younger workers.

From a business point of view, how damaging is it to hire the wrong person for the job? What is the effect?

From an organisational standpoint, hiring the wrong person may result in poor employee satisfaction and career management, as well as high employee turnover and the associated costs of hiring replacements.

Over the long term, such mistakes can be very harmful as it may dilute the organisation’s employer brand and limit its ability to hire the best talent.

Does the ease at which people can apply for jobs, through LinkedIn for example, make the job of picking the right candidate harder?

Although modern technologies are offering employers with unprecedented access to information about prospective new hires, some applicants may present a more polished profile to recruiters to enhance their chances of being selected.

This can be particularly overwhelming for recruiters as they often need to make decisions on the basis of information that may not always be credible.

Also while access to social network information about the applicant may occasionally allow recruiters to enhance their efficiency in screening applications, it may also cause them to inadvertently make biased decisions.

How important is it for recruiters to spend time assessing the 'soft skills' and traits of potential recruits that don't show up on CVs?

Assessing 'soft skills' such as personality, character and cultural outlook is essential for improving the effectiveness of recruitment activities. It can ensure that people who can meaningfully contribute towards attainment of organisational goals are hired.

Given the increased emphasis on cultural fit in determining a firm’s competitiveness, many firms have begun to realise that hiring for soft skills rather than technical ability is the new route to success.

However, it must be noted that assessment of personality or cultural characteristics is heavily dependent on the availability of observable signals, many of which may be ambiguous or untrustworthy.

Should employees also be giving more thought to the cultural fit of an organisation - how can they find out?

Although employees can try to find out more about a prospective employer’s culture through company websites, recruitment materials and social media, employers should also make an effort to convey an accurate image of the organisation to prospective applicants.

This can have a sorting effect whereby people who are ill-suited for a job or organisation will be less likely to apply and hence reduce the likelihood of the wrong person being hired for a job.

What role does the gig economy play in helping to bring together people and businesses?

The gig economy given its ability to detach work from a conventional office environment may be particularly appealing to millennials due to their desire for challenging work, career development and mentoring.

The autonomy to manage one’s own time and experiment with different ways of working may present a terrific opportunity to people looking to derive a sense of meaning from their work.

Can the gig economy act as a conduit to a fruitful working relationship between people and businesses? If so, how?

Given that many knowledge workers are frustrated with the lack of efficiency and satisfaction in traditional office environments, the gig economy may be a pathway to greater flexibility, collaboration and engagement. However, being a member of the gig economy has its own ups and downs.

While working for several businesses at the same time may offer unmatched flexibility and opportunity for personal growth, this often comes at the expense of job security.

Is it a useful solution to the problem of scaling a business, with ready access to young/skilled labour on simple terms?

Although the gig economy may provide a useful solution for companies who would like to scale down, ideally their business models should not be centred around evading the costs of traditional employment.

Rather they should recognise their commitment towards their workforce even when it comprises mainly of temporary workers on non-standard contracts.

She also teaches Human Resource Management on the Full-time MBA.