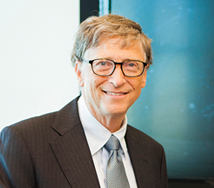 WBS PayTech Conference: On the road to a cashless society 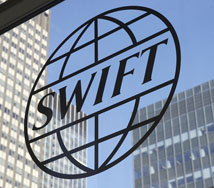 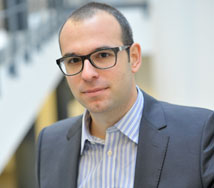 With Santander now allowing some of its customers the opportunity to make payments to friends using voice activation Markos Zachariadis, Assistant Professor of Information Systems & Management,? offers some insights into the benefits and potential pitfalls of thetechnology.

If it lasts long enough without major incidents and is more cost effective than existing security measures it might become commonplace. Although, technology firms that supply banks this service will need to stay ahead of the curve in battling hacking threats.

It can certainly be convenient and some people may prefer it over existing ways of authentication and communicating transactions with banks and through their apps and phones.

There is certainly a huge potential market for this as sound sensors - like microphones on mobile phones or computers - are everywhere. Thus, it will be easy to extract voice samples and process these on the cloud to facilitate services with voice recognition.

How does voice recognition work?

In a nutshell, voice recognition picks up traits and voice characteristics (much like in the case of other biometric security software) and matches the pattern with prior utterances.

It is largely based on advancements in pattern recognition and machine learning that it can now perform this.

Why are we seeing an emergence of voice recognition technology?

The technology has been around for a while, but gained commercial momentum after Apple introduced Siri in 2011.

In an Internet of Things economy, all sensors are useful as gateways to collect and communicate instructions and data.

Sound sensors like microphones on mobile phones or computers are already installed everywhere, even on TVs, tablets and other gadgets making them most likely the most popular sensor around! So it was easy to think of the possibilities that this offers.

It certainly adds a layer of convenience to consumers. Banks and technology companies will have the additional pressure of constantly increasing the quality of their recognition software and make it attack-proof.

So it is maybe more costly than traditional methods, but if the newer technology helps prevent fraud at a higher level that could justify the expense.

Could voice recognition technology be misused?

In principle, the technology can deal with cases of illicit recordings, but in theory, if a way is found to replicate a voice (much like recreating a fingerprint) this will grant access to fraudsters.

The difference between the fingerprint and voice biometrics is practical, as it may be a lot easier to collect, extract and recreate voice samples rather than fingerprints.

As in other cases, such as contactless payments, it would be wise to limit use to low-value transactions until there is reassurance that the technology can be used safely.

The problem with biometric authentication is that if someone hacks the recognition software you won’t be able to change your voice or fingerprint the way you can change your password.

Two-factor authentication is highly recommended, especially as cyber security is one of the hottest topics in banking these days and it is expected to be the biggest threat as we move into the era of digital banking and payments.

Is voice recognition technology the future of banking security?

Depending on the value of the transaction combinations of authentication methods may be the best way forward.

For example, companies like Santander that is using voice recognition payments, have various authentication layers; first you need to log onto the app via fingerprint or pin and then, to be allowed to pay people, you must have already registered them as 'contacts' in your account - therefore making it quite hard to do a fraudulent payment.