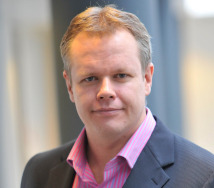 Public Confidence in Policing Conference: How to earn it

Middle-aged shoppers are the most ethical study finds 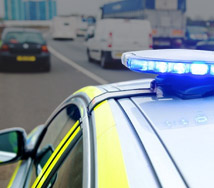 With Her Majesty’s Inspectorate of Constabulary (HMIC) recently putting policing under the microscope in a critical report, Warwick Business School Professor Kevin Morrell discusses how austerity has put far more pressure on the police.

Her Majesty’s Inspectorate of Constabulary (HMIC) reported recently that most police forces were doing a good job, but also identified three serious problems with contemporary policing.

Perhaps most eye-catching of these was the suggestion that some forces were artificially suppressing demand - by downgrading risks of threat and harm, or reclassifying emergency calls as less urgent. This was picked up by a number of media outlets as, “police rationing” that put the public at risk.

Less dramatically, but potentially as severe in terms of its consequences, HMIC warn of two further problems: the erosion of neighbourhood policing, and a “crisis generated by the shortage of qualified detectives and investigators”.

Although HMIC identified the pressures of responding to austerity, and the media referred to cutbacks, one could be forgiven for thinking the report lays the blame firmly at the door of the police. The executive summary states, “the police are simply not doing some of the basic things they should do”, “HMIC has discovered an

increasing number of unwelcome practices in some forces”, “new national guidance is designed with the aim of preserving neighbourhood policing… all forces should then ensure that the service they provide meets that guidance” and “[i]t is vital that police leaders take action to address these emerging problems".

But governing any public service is like steering a massive oil tanker. To understand today's crisis we need to look back at yesterday’s policies.

Office for National Statistics data shows how police numbers were cut dramatically during austerity. Indeed, although Police Spending levels were protected in the Chancellor's Autumn Statement of 2015 there are 20,000 fewer police officers in the wake of austerity (122,859 in October 2016 versus 143,770 in July 2009).

The reason for this is simple - in policing, the biggest expenditures (in order) are: people, estates and equipment - with the people ‘box’ making up by far the greatest proportion of costs.

Drilling down a bit further, there is more important context to this drop in numbers. The softest target in the people ‘box’ has been to reduce numbers of community support officers (PCSOs) - because they don’t have the same level of employment protections.

The latest figures show we are now at just 10,551 PCSOs (versus 16,732 in 2009). This is a huge fall. At the same time, PCSOs were often the most visible face of policing. Indeed the HMIC report says this, “the presence of police community support officers (PCSOs) is still the main way in which the police are visible and accessible”.

But if that is true and you have a 37% fall it really isn’t a surprise in this context that neighbourhood policing is compromised.

There have been two huge blind spots in the governance of policing over this same period. First, part of the rationale for maintaining cuts - by then Home Secretary Theresa May - was that crime had fallen even during reductions in numbers.

Actually, if you overlayed cyber-crime onto "traditional" crime figures - as the ONS first did in 2015 - what we learned was this wasn't true. The nature of crime had changed. Second, as other public services were cut the police were being asked to do more with less.

The police are sometimes the backstop when other services fail. A huge part of their workload is dealing with missing persons and the mentally ill. Cuts in social care and provision of mental health increase demand for police services even if these should not be police matters.

Overall then, the HMIC report gives us a certain picture of policing - a service with failings that can be overcome by leadership, better use of evidence, smarter targets, learning from best practice. It’s implicitly a “work smarter” metaphor.

Here’s a more accurate metaphor: austerity has dug a huge hole, the police have had to stand in this hole, HMIC has measured them, and then criticised them for being shorter than they used to be.