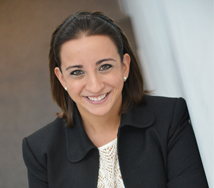 Four ways to 'make work better' according to Google

What Flutter can tell us about Google’s innovation strategy 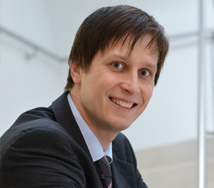 There was much coverage of Flutter at the Mobile World Congress, but Juha Uotila, Associate Professor of Strategic Management, argues it can tell us a lot about Google's long term strategy.

To understand a company’s long-term strategy, it can be useful to look at how the technologies that it introduces all fit together into a big strategy picture.

However, while such hardware introductions often receive a lot of media attention – including Google’s Pixel 2 smartphone, launched a few months ago – it is sometimes the technologies that are less visible to the public that hold the key to understanding where a company is heading strategically.

One of these technologies may be Flutter of which Google announced the first official beta release during the MWC.

Flutter is a cross-platform, open-source software development kit for mobile apps that Google has been working on for the last few years with a number of developers both inside and outside the company.

It is compatible with both Apple’s iOS and Android, allowing for application development for both platforms using one codebase. Perhaps strategically more interestingly, Flutter is also the native software development kit (SDK) for Google’s new experimental operating system (OS) under development, Fuchsia.

As a development technology, Flutter is positioned between native and web apps, offering most of the convenience and simplicity of web app development, while maintaining nearly the same degree of efficiency associated with fully native apps.

However, the fact that Flutter is still in a relatively early stage means that there is still some uncertainty on the part of potential adopters, both in terms of technological performance and in terms of market acceptance, and Google needs to put some of its significant promotional muscle behind the technology to make it a market winner.

Promoting Flutter makes strategic sense for Google, as broad adoption of the SDK would be highly beneficial for Google’s mobile strategy.

First, Flutter has the potential to become one of the leading standards in mobile application development, allowing Google some degree of control of the field as well as a solid base from which to expand its presence. Second, Flutter makes it easier for application developers to provide their applications for Fuchsia, when the same app developed for iOS or Android using Flutter can be instantly ported to all three platforms.

In this way, Google can piggyback on the success of the App Store and Google Play and thus accelerate the availability of Fuchsia apps, which is key in determining the success or failure of the upcoming Fuchsia ecosystem.

By facilitating a pipeline of apps already long before Fuchsia’s market introduction, Google is trying to make sure Fuchsia does not end up like Windows Phone - another OS backed by a tech giant that suffered from a prolonged lack of a 'critical mass' of application developers to ever really take off in the marketplace.

However, bringing a technology like Flutter to the market is not without challenges. Prior cross-platform efforts, such as Qt or Microsoft’s Xamarin, have faced relatively little success in terms of widespread market adoption.

On the other hand, Flutter is also facing competition from other, more recently introduced cross-platform tools like Facebook’s React Native.

Consequently, while Flutter has been available in alpha mode for a while now, many developers have been adopting a 'wait and see' attitude to gauge whether Flutter will become one of the market winners.

Because the usefulness of a development technology depends on how broadly it is adopted, everyone wants to jump on a newly introduced technology if, and only if, it is expected to become a winner, leading to a self-fulfilling prophecy.

Now that the technology is in its beta phase, Google is ramping up its promotion efforts to convince developers that Flutter will be one of these winning technologies.

How does Flutter fit into the big picture of Google’s strategy?

What is Google’s master plan then? And how does Flutter fit into that picture? To understand Google’s strategy more broadly, we will need to look at the level of platforms and ecosystems.

Flutter, as discussed above, may partly be seen as a preparatory step for a large-scale introduction of Fuchsia, a project we have barely heard a peep from in nine months. This is the platform level.

Google has already led the introduction of one hugely successful mobile OS in the market, Android. However, the open and customisable nature of Android has led to a fragmented technological landscape with a massive number of different versions of the OS in concurrent use, many of which are out of date, leading to challenges with app development as well as security issues.

With Fuchsia, Google may want to improve on its previous market success with Android, both technologically and commercially, with another platform of which it has more control.

In terms of ecosystems, Google’s ambitions are likely to be even higher than the mobile world: Fuchsia’s cross-device technology may suggest that Google is also eying a greater presence not only in the personal computer OS market, in which it now has limited presence through its Chrome OS, but also other high-technology domains related to the Internet of Things (IoT).

Google has stated that it is aiming to broaden the use of machine learning and artificial intelligence in contexts such as cars and home automation, and gaining control of a dominant cross-device OS would be useful in delivering - and profiting from - such a future.

Thus, while Flutter and Fuchsia appear to be targeting the mobile OS space in the near term, the two technologies may provide clues and, perhaps, tools for Google’s long-term plans across the high-tech landscape.

Despite these preparatory steps, a company like Google is unlikely to put all its mobile and IoT eggs in one basket, and Google is known for its strategy of launching various probes into the future, many of which never fully materialise.

At the moment, Flutter and Fuchsia serve to test the waters, giving Google strategic options that it may or may not choose to execute, depending on how the market evolves.

However, the general direction is clear: times when Google was just a search engine and Apple a computer manufacturer are long gone, the competition in high-tech markets is increasingly at the level of ecosystems, and the rise of IoT is likely to only accelerate these developments.

To win in this future, Google will want to leverage its capabilities in the fields of AI and machine learning, driven by the huge amounts of data that the company has access to, throughout the high technology landscape.

We can expect words like “cross-platform” and “cross-device” to feature in Google’s strategy more prominently in the years to come.