Alibaba has the innovative clout to conquer the West 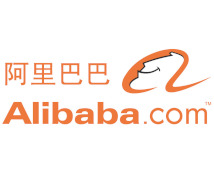 After months of hype and speculation China's Alibaba has debuted on the New York Stock Exchange in the world's largest tech IPO, here Qing Wang, Professor of Marketing & Innovation, examines why investors are so excited about Jack Ma's company.

Alibaba shares have started trading on the New York Stock Exchange in a record breaking initial public offering (IPO) which could end up raising $25 billion. Investors have bought into a new kind of internet company – an ecosystem more than a service – which came out of a frenetic battle between emerging Chinese internet giants. Their gamble is that founder and executive chairman Jack Ma can make an Asian ecosystem work in the West.

As the largest internet company in China, Alibaba will become the eighth most valuable technology company in the world, behind the likes of Apple, Google, Microsoft, Facebook and IBM. And, with annual growth rates of more than 30 per cent, the gap between Chinese companies such as Alibaba and Tencent and their Western counterparts is getting closer. In fact, with Alibaba’s listing, Chinese internet companies share the top four spots equally with the US in terms of their market value. In descending order, these are: Google, Alibaba, Tencent and Amazon.

The strong performance and rapid rise of China’s tech firms may shock some – outside of China, Alibaba is not a household name like Amazon or Google. But, with hundreds of millions of users hosting millions of merchants and businessmen, Alibaba handles more business than any other ecommerce company. It is, of course, China’s enormous and fast growing domestic market that has spurred the rise of these tech companies to service their needs.

But there is more: the competition in this domestic market among Chinese companies as well as with other multinationals is extremely fierce. Successful private companies like Alibaba have to be highly entrepreneurial and customer-oriented to survive, let alone thrive. For example, Alibaba recently introduced online payment platform Alipay Wallet and taxi-calling features in an attempt to compete with rival Tencent’s highly successful WeChat.

There is little doubt that Alibaba is a fast moving innovator in the world of ecommerce. It has created its own model by constantly adding and integrating new functions and features, driven by the needs of its customers and the desire to offer them something that competitors such as Tencent, Baidu and eBay do not have.

In terms of the value proposition and business model, Alibaba differs from its Western counterparts. Take Google and

Amazon – they both specialise in one area: Google aims to be the best search engine and Amazon the best online retail store. The way that they have positioned themselves in terms of the market reflects the game they played when they first opened up shop. This was to compete with bricks and mortar companies such as Walmart.

Alibaba is part of the next generation of internet companies. It is first and foremost focused on creating online ecosystems rather than specialising in a niche service. Its main focus is to create new services for customers who have been brought up in and who are highly versed in the world of the internet.

From East to West

A big question though for Alibaba is whether the innovative capabilities and competences that it developed in a Chinese environment will be transferable to the West. The ability to understand customers intimately and continuously innovate is transferable in principle, but will need significant adjustment before it can become a truly global player like Google and Amazon.

The needs of customers in the West may be very different to those in China, and so the innovative features they have successfully introduced there may not 'float the boats' of Western consumers. Alibaba may also lack the closely knit business network and institutional support that would be critical for the company to create an online ecosystem outside of China. However, these are not insurmountable problems, and their expansion overseas is more likely to start in emerging markets such as Africa and Asia, where Alibaba is much more recognised and admired, than in Europe and North America.

If Ma can navigate a route to reach Western markets successfully, then there will be others in China waiting to ride in his wake. Competition among Chinese companies in the tech sector is very strong. It comprises some well known names such as Lenovo, Huawei, Baidu and Tencent, as well as some promising newcomers like DJI and Xiaomi. Their battling rivalry has given them the motivation and tools to innovate and promote themselves in a way that gives them a foothold to compete in the global market. And it means that China will continue to chip away at US dominance in the world technology sector.

See this article at The Conversation and featured at L'Express, China Daily, Publico and Zee News.

Watch Professor Wang talk about Alibaba on The Street.