Apple has a social duty to pay a fair tax rate 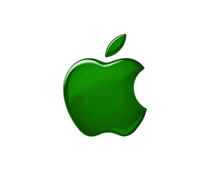 Paying tax is not just a legal obligation for multinational companies like Apple but also part of a broader ethical and social responsibility.

That is the view of Louise Gracia, Professor in the Accounting Group, after the European Commission ordered Ireland to claw back €13 billion from Apple as it ruled the US tech giant had enjoyed 25 years of illegal state aid in the form of a beneficial tax arrangement.

Commissioner Margrethe Vestager, in charge of competition policy, said Apple were allowed to pay substantially less tax - she calculated at effectively just 0.005% in 2014 - than other businesses in Ireland, which pay a corporate tax rate of 12.5 per cent. This amounted to state aid, which is illegal under European Union rules.

Ireland is accused of allowing Apple to sidestep taxes by channelling most of its European sales and profits through artificial corporate entities not required to pay tax anywhere.

Professor Gracia, who researches tax regulation, said: “When giant corporations use their resources to minimise their tax liabilities down to the bone - even if this remains within particular interpretations of the legal framework - it risks contravening other facets of taxation, including its ethical and social dimensions, eroding its equity.

“Tax revenue collection is only one half of the tax equation, the other half is tax spending.Tax revenue is used to fund a stable society, one that offers education, healthcare, policing and social support to its citizens.

“Without these tranches of spending the fabric of a civilised and progressive society is at risk.

“While nobody is arguing that large multinationals should pay extra or shoulder the responsibility for social order in society, it is not unreasonable to expect them to pay their fair share. Apple appears to have fallen short in this instance.” The commission’s investigation, launched in June 2014, found Apple’s structure in Ireland “did not correspond to economic reality”.

The world’s biggest company by market value was permitted to shift all its European profits to two Irish incorporated companies of the Apple group (Apple Sales International and Apple Operations Europe).

Almost all profits on sales recorded by the two companies were internally attributed to a "head office". The Commission's assessment showed that these "head offices" had no staff and existed only on paper and could not have generated such profits.

These profits allocated to the "head offices" were not subject to tax in any country and as a result of the allocation method endorsed in Ireland’s tax rulings, Apple only paid an effective corporate tax rate that declined from one per cent in 2003 to 0.005 per cent in 2014.

“This ruling is a serious attempt at curtailing the power large multinationals have in avoiding their tax liabilities, and sends a warning to countries that facilitate hard-edged corporate tax minimisation strategies,” said Professor Gracia, who teaches Accounting Inquiry and Business Taxation on the undergraduate programme.

Both the Irish Government and Apple are appealing against the decision and the Silicon Valley group’s CEO Tim Cook said: “We never asked for, nor did we receive, any special deals. We now find ourselves in the unusual position of being ordered to retroactively pay additional taxes to a Government that says we don’t owe them any more than we’ve already paid.”

Professor Gracia believes the appeals will take many years and raises tensions among EU countries with similar tax arrangements with multinationals.

“This ruling should give other US multinationals, including tech giants, pause for thought,” said Professor Gracia.

“If Apple’s appeal is successful it will serve to shore-up existing aggressive tax practices of these corporate giants. If any appeal is unsuccessful, then it is likely these firms will also be facing huge bills for back tax.

Related article: Why Steve Jobs was such a charismatic leader

“It also shines a spotlight on the paltry levels of corporate tax that large multinationals are actually paying. Even if we accept the job and wealth creation arguments put forward by multinationals as mitigation against tax liability, this has to be within reason.

“The average person probably has a right to challenge the reasonableness of Ireland facilitating Apple to pay so little tax on its European profits.

“Given that large multinationals work and operate across countries, using the infrastructure and labour within those countries there is an implicit fairness in requiring them to pay tax on the profits generated within a country, in that country.

“This raises the spectre of fairness, or equity, which is a key ingredient of an efficient and stable tax system and one worth protecting against the corporate tax behaviour of large multinationals.”