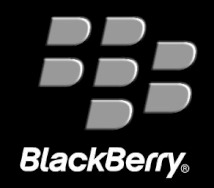 BlackBerry is in need of a game-changing new strategy to lift them out of a downward spiral, claims Dr Ronald Klingebiel.

BlackBerry also warned it would post an operating loss for the next quarter and the once trend-setting handset-maker is finding it hard to compete in the competitive smartphone environment.

Dr Klingebiel, an Assistant Professor of Strategy at Warwick Business School, who has researched and consulted the telecoms industry, believes the BlackBerry management have to make some tough decisions to change the company’s fortunes around.

“Whatever little time there is left before the last corporate clients abandon the BlackBerry package, the company should use this time to refocus on its core strengths in its BlackBerry Enterprise Service (BES), potentially at the expense of abandoning their device portfolio,” said Dr Klingebiel.

“Some recent activities show that BlackBerry could be thinking in this direction. Most notably is the release of the Secure Work Space app that allows iOS and Android users to benefit from their BES 10.1.

“BlackBerry Balance should be extended to non-BlackBerry devices too. It is in this new area of mobile device management, including mobile app management and secure connectivity that BlackBerry’s greatest prospects are, where core competence meets reduced competition in a new and growing field.

“Providing device-agnostic services to corporate clients thus may hold the greatest potential. But will BlackBerry’s management be courageous enough to abandon a former mainstay in devices? Given its seemingly inevitable decline, drastic bets on the strategic direction of the company seem in order.”

BlackBerry launched two new smartphones this year in the Z10 and the Q10, but that hasn’t been enough against big hitters Apple and Samsung and so Dr Klingebiel feels it should move away from that battle.

“As part of its turn-around attempt, BlackBerry has updated its device portfolio, its operating system, and the enterprise server (BES), staving off some of the potentially rapid decline of a once leading company,” said Dr Klingebiel.

“Nonetheless, BlackBerry is solidly in follower mode, at least as regards devices. The Q10 and Z10 are devoid of revolutionary features that might put BlackBerry back into the driver seat. The device industry is increasingly consolidating, with a few big manufacturers sharing all the spoils.

“Furthermore, BlackBerry does not seem poised to win the tightly contested race for third place in operating systems (OS), behind iOS and Android, as it needs to fend off not only Microsoft but also Tizen, Ubuntu, Firefox OS, Sailfish and more new entrants.

“The main reason why BlackBerry has not yet crashed and burned as badly as some other former competitors is its enterprise server. Business clients have hesitated to abandon the secure working environment and efficient integration that BES offers, even if the BlackBerry handset experience is lagging.

“BlackBerry needs a game-changer and a new focus on mobile device management could be it.”

See an extended version of this article in the Winnipeg Free Press.