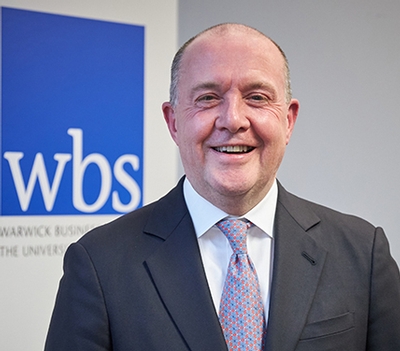 The UK economy could see its GDP boosted almost three per cent if the Bank of England introduced its own digital coins.

That was the message from the Bank of England’s Michael Kumhof at the Gillmore Centre for Financial Technology’s symposium on Central Bank Digital Currencies (CBDC) held in conjunction with the Bank.

Dr Kumhof, Senior Research Advisor at the Bank of England, revealed his study on the impact of introducing CBDC on the economy to hundreds attending the online webinar.

His modelling assumed CBDC worth 30 per cent of GDP would be issued and would see reductions in real interest rates and taxes, helping to give the country an economic boost of 2.9 per cent.

“It would be very stimulative to the economy,” said Dr Kumhof. “Central banks will raise interest rates, but in the long term the effect will lower interest rates.

“The modelling suggest a big increase in demand for money to save, money holdings would go up and activity goes down. There has been a lot of concern that creating CBDC would precipitate a run on bank deposits as individuals look to switch to CBDC with the central bank, but we think this won’t happen and reflects a misconception.

“The key issue is the issuance arrangements for CBDC. Our model sees that the central bank only issues CBDC against Government bonds. The run is therefore not from bank deposits to CBDC but from Government debt to CBDC because that is the only way in which households can obtain CBDC.”

Dr Kumhof also revealed that CBDC does not necessarily have to be run on blockchain using distributed ledgers. Individuals could simply hold ‘e-cash’ with the Bank of England and use it like any other deposit account with its own interest rate.

Though he warned this could have serious ramifications for the retail banking sector, as the number of deposits they held would shrink with the Bank of England becoming a competitor, and so their ability to issue loans would diminish.

CBDC would also become another monetary tool for the Bank of England with the public having access to the Bank’s sterling 24 hours, seven days a week.

The Bank of England, though, has no plans to introduce CBDC, said Dr Kumhof, but Darrell Duffie, Adams Distinguished Professor of Management and Professor of Finance at Stanford University, detailed how China was trialling its digital currency called eCNY.

“It will be similar to a credit card, or Alipay’s e-wallet, but it will have efficiency gains,” said Professor Duffie. “There will be many other payment methods and wallet types, so it will be a very rich ecosystem. China is not planning to use blockchain, the main ledger is a standard central database.

“The People’s Bank of China is looking to introduce eCNY through commercial partnerships with banks, telecoms providers, and payment service providers like WeChat pay and Alipay.

“Alipay and WeChat will still be used, but China does not want to be reliant on private sector payment service providers - its central system will keep them in check. But it means interoperability will be a key issue, so people don’t have to get a different app for different shops.

“eCNY may give China a leadership position in international payment systems, especially in developing countries. Indeed, could eCNY technology be used as a substitute in the cross-border payments arena for SWIFT messaging and conventional correspondent banking? This will be a concern for the US.”

Simon Collins, of Mastercard, argued if large scale adoption of CBDC is to happen there must be a number of principles addressed.

He said: “There is interoperability, consistency and ubiquity of the CBDC, managing the endpoints, quality control, meaningful value exchanges, trust, and security and integrity.

“Management of this ecosystem is vital, so the interaction between two or more parties is positive and key health indicators of the network are monitored.”

David Skeie, Professor of Finance, who moderated the symposium, said: “This was a highly informative symposium on a fascinating and increasingly relevant area. As the People’s Bank of China moves ahead with its own digital currency it seems vital that other central banks investigate the possibility of their own.

Ram Gopal, Professor of Information Systems & Management and Director of the Gillmore Centre for Financial Technology, added: “The ramifications of CBDC are huge and there is a great deal more research needed in this area to understand the technology and its potential impact on, not just the economy, but society as a whole.”