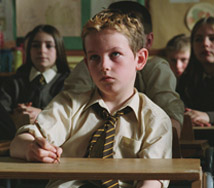 In 2006 Sir Ken Robinson gave a talk at the annual TED conference arguing education is killing creativity: online the talk has now been viewed more than 30 million times.

The former Government advisor and education guru feels schools across the globe all have the same standard hierarchy when it comes to education: mathematics and languages at the top and the arts and drama at the bottom. This, he believes, is down to the fact such systems were established during a period of heavy industrialism when education was solely focussed on academic ability and seen as a precursor to university entry.

Creativity is almost educated out of children due to putting a fear of failure into them, Robinson suggests. Without being wrong, he argues, how can we ever do anything original?

Such a conveyor belt approach to education has resulted in creative types feeling marginalised and yet as the world struggles to recover from the financial crisis new ideas, innovation and creativity is what is needed.

It is with this threat to creativity and an ever-growing demand for innovation in mind Warwick Business School’s Create department is tasked to inject creativeness back into the educational mix.

In that regard, Ashley Roberts, Assistant Dean for Creativity, has acted as a trailblazer for the school, adding numerous creative elements to various classes and collecting a number of awards for his novel approaches in the process.

Students are not photocopiers

Why is Roberts such an advocate of unleashing creativity in various guises on his classes? Well, he is adamant a creative approach to teaching adds much more to a student’s learning experience.

“Students are not photocopiers,” he argues. “They should not be there to sit and absorb everything from me like a sponge under the assumption I know everything and then vomit it out come exam time. This is not learning as I see it – we can do so much more.

“My teaching philosophy is devoted to unlocking human potential through the combination of self-belief, passion for my subject matter and the use of creative and innovative methodologies for critical research-led learning.”

Roberts has deliberately tried to squash conventional power dynamics in lecture theatres by making his classes ‘open spaces’. In an open space environment there are no chairs and no pre-established classroom dynamic and while Roberts says some students initially react with a ‘what the…’ kind of expression, it actually creates a safe environment for students.

He adds: “An open space gives the students an environment to fail. They might feel uncomfortable at first, after all students are taught at an early age that you can’t fail through countless assessments, exams and the like which demand success, but failure is important: in a business setting you rarely have such an opportunity.

“There is a concept of learning to fail better and a rehearsal space allows students to do this. They can have a go, and then reflect on the outcomes. After all, being a reflective practitioner is a skill businesses increasingly want to see in their staff.”

A creative approach, such as the use of open space learning, also gives students the opportunity to escape the restrictions of a conventional lecture and be themselves.

Roberts uses various other methods to bring creativity into the classroom. One moment students will be banging two sticks together to form an orchestra or jazz band, the next they will be literally elevating a class-mate into the air and making them fly. Throw badminton and even midwifery into the mix and you have a typical day on Roberts’ Coaching and Team Leadership module.

“For an outsider looking in, it might all seem strange,” says Roberts. “But there really is a method to the madness!”

Roberts believes engaging individuals through innovative and fun classes fosters heightened learning, and that this lasts longer in students’ memories, therefore making for a wider impact in society. This is supported and informed by a wealth of theory on the use of play.

As an example of experiential learning, Roberts discusses how his class might look at case studies. The lived experience helps makes a situation more relatable, he explains.

He describes using the ‘whoosh’ system, where students play roles in the case studies before stepping to the side and out of the role when asked to ‘whoosh’.

Such an engagement with the material through acting and music makes it much more powerful and gives students a great way to remember a case study rather than simply going over 15-page documents. This embodiment of ideas is the key to successful experiential learning.

With undergraduates now paying up to £9,000 a year they need to feel they are getting more from their degree than they would from a lecture that could easily be watched online.

Daniar Rusnak, a Law & Business Studies undergraduate, says: “Throughout the module, I discovered how to keep learning once I leave the university. In the real world, we all learn creatively through our senses, emotions, past experiences and from the knowledge of established authorities.

“This module pushes you to deconstruct that learning experience and piece it back together, gaining a better understanding of how to do so repeatedly in any situation.

’’Experiencing this module felt very akin to how experimental education would be portrayed in a Hollywood blockbuster movie - fast-paced, interesting, norm-challenging and at the end all students leave knowing a lot more about themselves.”

While Management undergraduate Bradley Glover, adds: “I'm not convinced you can learn about leadership in generic classrooms or through theories on a computer screen.

“Theories aren't always applicable in today's messy, dynamic business world. Being able to learn through doing, through different disciplines, through bringing a creative presentation to life that fuses academia and showmanship... For me, it brings the concept of leadership quite literally to life.”

Out of their comfort zone

The world outside a lecture theatre often throws up unexpected scenarios which cannot be solved simply from a black or white perspective. Through a different approach to teaching, however, Roberts believes students can benefit from creative classes which take them out of their comfort zone and arms them with the knowledge to tackle such scenarios.

“They can understand leadership better as they can remember how they felt at the time,” says Roberts. “Students have the chance to learn creatively, but then also have time for reflection. They can learn a lot from reflection, but the business world often doesn’t give them that opportunity.

“Conversely, it is reflective practitioners – people who know what they’re good at – and people with the right attitude, not just the ability, who are now being sought out by employers.

“The value of this experience equips them for their future in work and also beyond in society, as people who reflect on their action and continuously learn from their experiences will be much the better for it.

“Some students may find the creative modules a little ambiguous to start with, but they soon find their groove. It is important to remember in the world of work that this level of ambiguity is a reality, life isn’t always clear.

“In the real world students will have to be okay with not always knowing what to do and a creative class teaches them how to approach problems from all sorts of different angles.”

For students it helps them bring something different to the table. In a competitive world where many can boast the same qualification, employers are looking for someone a bit different, someone who has a bit about them, who can reflect and think critically.

With new and creative methods now invading the lecture theatre is there still a place for conventional teaching? Roberts believes so.

“We might triumph the benefits of creativity, and I certainly believe it is the best way,” he says. “But is it the only way? Of course not. Chalk and talk certainly has its place and can be hugely beneficial when delivered effectively.

“In fact, education is all about being able to deliver a class in a style you’re most comfortable with. Everyone has their own methods for this and one shouldn’t be overlooked for another. In an era of MOOCs and online learning a diversity of approaches is really useful.”

Does Roberts think more schools, businesses and universities need to look into bringing creativity into their syllabus to help make a more creative future?

“Oh yes,” he says, “There is now an established community of both students and employers who really want this. Employers want it, they want people who can look outside the box – it’s now an expectation for many and not just a sentiment.”

It is only by pulling the plug on the conveyor belt that produces photocopier-style students and challenging pupils to truly push themselves that education will develop the business leaders filled with the creativity and innovative skills to meet the challenges of climate change, a growing global population and dwindling resources that stand before the post-crash generation.