Emotion must be part of a new wave of strategy tools 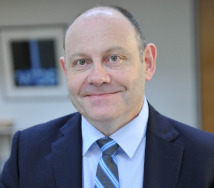 Evidence from neuroscience shows business managers are living a ‘rationality façade’ by using strategy tools and are missing a key ingredient in decision-making – emotion.

Gerard Hodgkinson, of Warwick Business School, says there is a pressing need for management to acknowledge the role of emotions and incorporate it into their strategic thinking if businesses' performances are to be improved.

Drawing on the insights of behavioural neuroscience in Emotionalizing strategy research with the repertory grid technique: Modifications and extensions to a robust procedure for mapping strategic knowledge, published in Advances in Strategic Management, Professor Hodgkinson, Robert Wright, of the Hong Kong Polytechnic University, and Jamie Anderson, of Warwick Business School, found emotion played a part in managers’ decision-making despite their attempts to use cold logic in making strategic decisions.

Related article: Shakespeare inspiring the next generation of business leaders

The majority of tools and techniques used to help managers reflect strategically on the future of their businesses require them to think on a systematic basis to identify opportunities and threats before coming to a decision.

“By ignoring the crucial role played by emotion such techniques have resulted in the creation of ‘rationality façades’,” said Professor Hodgkinson, who led the research and teaches the Strategic Thinking: Strategic Evaluation and Analysis module on the full-time MBA.

“In contrast to the ‘cold cognition logic’ of these tools, our research starts from the basic premise that strategists are attached emotionally to their businesses and as such the strategic issues that could have a bearing on the future well-being and effectiveness of their business are emotionally-laden.

"Hence, it makes sense to investigate how organisational decision-makers represent those issues in emotional terms, rather than in purely cognitive terms.”

Drawing on the insights of behavioural neuroscience, Hodgkinson’s team asked a sample of 26 UK senior executives of primarily SMEs to list the strategic issues they were most concerned about in relation to their businesses.

The researchers picked out the 19 issues most commonly mentioned such as ‘the current availability of skilled workers in the UK’, ‘the bailout of European banks’, ‘increased university tuition fees’, and ‘asylum seekers in the UK’.

A comparable second sample of senior executives was then asked to rate each of the 19 issues in terms of how they felt about them emotionally, using a series of 16 seven-point scales.

If the managers had reflected ‘objectively’, as implied when using standard management tools, then surely they would have rated them about the same, but their responses varied markedly, thus confirming the researchers’ expectations that strategic issues are not processed uniformly, in an objective manner.

“What makes some managers feel calm fills others with anxiety, and what comforts some leaves others with a deep sense of unease,” said Dr Wright.

“Using sophisticated statistical analysis techniques, we identified sub-groups of managers who share highly similar perceptions and beliefs, emotionally speaking, that set them apart from their counterparts in other sub-groups.”

Professor Hodgkinson has developed a strategy tool – adapting the repertory grid used in psychology – to help managers map their emotional response to issues their business faces.

“Managers need to reconnect with their emotional side,” says Professor Hodgkinson, who teaches The Psychological Foundations of Strategic Management on MSc Marketing & Strategy. “Using the repertory grid alongside traditional tools will help them do this.

“This research illuminates the potentially crucial role played by emotion in strategists’ mental representations of the strategic issues they confront, in an attempt to safeguard the longer-term survival of their businesses, with important implications for organisational adaptation and performance.

"It provides an early demonstration of the feasibility of adapting ‘the repertory grid technique’ to build on recent advances in the psychological foundations of strategic management theory.

“In practical terms, our findings pave the way for a new generation of management strategy tools and techniques to help organisational decision-makers to identify the extent to which they are in agreement emotionally, not just cognitively, with regard to the issues confronting them.

"This will provide an important foundation for companies and organisations to move forward in these turbulent times.”