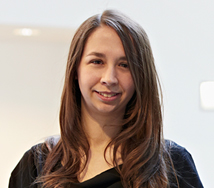 The controversy surrounding Facebook’s experiment on their users has at least opened people’s eyes to how online platforms are able to alter their site to manipulate behaviour, says Assistant Professor Suzy Moat.

Facebook is being investigated by regulators in Dublin, the site of its European headquarters, and the UK, while French authorities are also reviewing the experiment carried out by a US university and the social network. The Electronic Privacy Information Center has also lodged a complaint with the US Federal Trade Commission.

Dr Moat acknowledged scientists need to make sure their ethics procedures are open and transparent, but pointed out that online businesses ‘experiment’ on their users constantly.

“Consumers have to understand that businesses are always carrying out experiments,” said Dr Moat. “In many ways, this experiment is simply a public example of the experiments that many businesses run on a regular basis to investigate how they can influence our behaviour.

“For example, it's well known that websites such as Facebook and Amazon constantly experiment with showing different groups of people slightly different versions of their websites, to see if one version is better at increasing the frequency with which users engage with the content, click on adverts, or buy products. You can opt out of these ‘experiments’ by not using the websites - but many people don't want to do this, as the services offer such value to them.

“It's interesting that there's such outrage about this, but not about the experiments which many online businesses run on all of us on a day-to-day basis - possibly because a lot of people simply don't realise that they're happening.

“However, scientific experiments are generally supposed to be run for public good, not for business interests, and it's obvious that many people currently feel that this experiment was not in their best interest.”

Facebook, along with other internet businesses, have departments full of data scientists and for academics their database of users is a huge research opportunity.

“On one hand, the experiment has already done a lot of public good by clearly demonstrating how small changes on a widely used service can affect the behaviour of large numbers of people - something which many people may not have previously realised,” said Dr Moat.  “Crucial to this realisation is the fact that the methods and results have been made publicly available, in contrast to experiments run for business purposes.

“On the other hand, it's extremely understandable that many people are upset that their behaviour may have been manipulated for purely scientific purposes without their consent. In particular, Facebook's user base is so wide that everyone wonders if they were in the experiment.

“This highlights a need for scientists to think back to how experiments in the social sciences have traditionally been run, and consider how open and transparent ethics procedures can be redesigned to take new technology such as Facebook into account. We also need to look at existing successful online experiments, such as Mappiness, which have recruited extremely large numbers of informed participants, simply by offering sufficient benefits for participating - just like a business does."

Dr Moat, along with Associate Professor Tobias Preis, hosted Europe’s first Computational Social Science conference at Warwick Business School, an emerging discipline that uses the vast amount of data on the internet and in digital devices to study human behaviour.

Dr Preis added: “The Facebook experiment case is another extremely interesting example of how businesses and Government agencies can manipulate the environment which we experience.

“The internet has become a central part of our everyday life, connecting us to friends and colleagues around the world. Vast amounts of data on these connections are being collected in a continuous fashion, and methods and systems are in place to exploit as much of this stream of information as possible.

“In most instances, the ways in which companies such as Amazon and Facebook test different phrasing and designs of websites remain hidden from the user. This public and transparent example emphasises the power these organisations wield.”

See this article featured at the Daily Mail, Al-Jazeera, The Japan Times and CBS News.

Watch Suzy Moat on The Street.