Reports of Facebook's demise look to be very premature 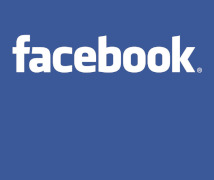 Some may be predicting Facebook’s demise on its 10th birthday, but Assistant Professor Markos Zachariadis believes the social network has the resources and digital ecosystem to be around for another decade.

Created by Mark Zuckerberg and his friends in a dormitory at Harvard University 10 years ago, Facebook has grown into the largest social network in the world with 1.23 billion users worldwide at the end of 2013.

And after its IPO in February 2012 it has quickly learnt how to monetize its operation, with its latest quarterly results revealing revenues of $2.59 billion (£1.59 billion) for the last three months of 2013, up 63 per cent from the same time in 2012. Facebook made a profit of $1.5 billion (£920,000) for the year and is expected to be the fastest company for its revenues to hit $150 billion in history.

Yet An EU-sponsored Global Social Media Impact study concluded that teenagers felt embarrassed to be associated with Facebook and that it was "basically dead and buried", with various other studies predicting its demise.

But Dr Zachariadis, Assistant Professor of Information Systems, believes reports of its death are very premature.

“Facebook has come a long ways since its inception and is now much more than a place to ‘upload pics’,” said Dr Zachariadis. “Another innovation and network may come along to threaten its dominant position in the market, but Facebook is in a good position to expand and grow further thus creating a strong ‘network effect’ and adding new services to keep users engaged.

“Its recent investment in mobile applications, which include high hopes for the recently launched ‘Paper’ application in the US as well as the acquisition of Instagram, plus efforts to understand better and target the mobile advertising business can ensure it is around for another 10 years and beyond. I can see it going from strength to strength - predictions for population accessing the internet from mobile devices in 2017 are an impressive four billion!”

Indeed Zuckerberg now sees Facebook as a mobile company as it disclosed in its last quarter results that for the first time sales from ads on mobile phones and tablets exceeded revenue from traditional PCs.

While Dr Zachariadis believes Facebook has yet to fully exploit the huge amount of information on its users it owns as companies begin to understand how to use and analyse ‘big data’.

“Facebook has a huge amount of data on its 1.23 billion users,” said Dr Zachariadis. “Lots of companies would pay a big premium to take advantage of that information, which has major implications for marketing. In the age of big data Facebook can capitalise on this user generated data for even better targeted advertising and marketing.

“Facebook has created a rich marketing ecosystem providing solutions for many organizations, who are eager to go beyond the occasional ad and keen to engage with their customers - it is a social network after all.

“Allowing developers to plug onto its platform through Application Programming Interfaces (APIs) is also a smart move by Facebook that opens the door to additional value propositions for its extensive user base. The successful examples of social gaming, and Zynga more specifically with the successful launch of FarmVille in June 2009, demonstrate the breadth of opportunity within the Facebook ecosystem - Zynga is now a $1.14bn revenue company and until last year 80 per cent of its revenue came from Facebook.”

Privacy is becoming an increasing issue for users, especially as Facebook can access people’s contacts on their smartphone, and with Edward Snowden revealing how the US National Security Agency can access social media accounts it is something Dr Zachariadis believes the tech giant will have to confront in the next decade.

“Security and privacy are two of the most important elements for the success of social networking sites in the near future,” said Dr Zachariadis. “Who has access to our digital footprint and the data that we generate throughout our interaction with social platforms are important issues most networks will need to address based on local laws and international regulations.”