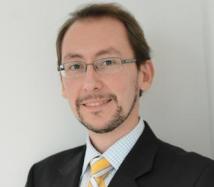 Firms are far less likely to take on more debt when their CEO is compensated through options according to new research.

As part of their pay package most CEOs are given share options, which gives them the right to buy or sell the shares after a certain time.

But the commitment to a CEO in the form of such options is seen as a direct threat to the company’s debtholders’ own investment, leading to a shift in the company’s capital structure according to Onur Tosun, Assistant Professor of Finance.

In his paper, The Effect Of The CEO Option Compensation On The Firm Capital Structure: A Natural Experiment, Dr Tosun, of Warwick Business School, looked at 410 US companies from 1992 to 1997, which straddled the introduction of a new Internal Revenue Code tax law that affected executive pay. The change in tax law saw a shift in how CEOs were compensated

Dr Tosun said: “By studying this interesting period of change, my research suggests that a firm is more likely to decrease leverage – the amount of debt used to finance a firm's assets – as its CEO is compensated more and more through options and as those options become a higher percentage of the firm’s future cash flows.

“Furthermore, the CEO chooses less debt financing as they receive more valuable options. My findings are consistent with the agency issue of debt as they show a negative relation between CEOs’ option compensation and the firm’s leverage."

According to the agency of debt theory, when the interests of shareholders and management diverge, the debtholders are more likely to ask for higher interest rates, potentially making the CEO more reluctant to add debt to the firm.

Dr Tosun studied the US companies from 1992 to 1993, before the new tax law, and four years after it, from 1994 to 1997. The Revenue Reconciliation Act introduced the new Internal Revenue Code tax law - Section 162(m) - in 1993 to limit the amount deducted from corporation tax for executive pay to $1 million (£610,000), but performance-based compensation was not included.

The Securities and Exchange Commission (SEC) also required the disclosure of only the number of options granted to CEOs and not their monetary value. However, companies did need to report the value of cash bonuses they paid their CEO.

This led to a huge shift in CEOs pay as the new regulations made share options, under the banner of performance-based compensation, more attractive for firms compared to bonus payments.

Dr Tosun said: “My research supports the notion that an increase in stock options further ties the wealth of the CEO and the equity holders together.

“This then has a knock-on effect as when potential debtholders are informed about this compensation structure of the CEO, they hesitate to grant funds and ask for higher interest because they know that the CEO wants to increase stock price volatility by investing in more risky projects.”

Debtholders bear the costs and risks of investments, but ultimately the CEO and shareholders get the majority of the returns so the wealth is shifted away from the debtholders to the shareholders according to Dr Tosun.

Dr Tosun added: “The debtholders don’t support it because they think that paying a CEO more options will engage them more in riskier projects which, while shareholders like it because there is a potential high return despite the risk, is not as rewarding for the debtholders.

“After all, they only get a fixed percentage of any money gained, while bearing the brunt of the cost if the risky venture fails. Consequently, debtholders demand higher interest for debt; and to keep the cost of debt at a minimum, the CEO compensated by more options decides on less debt which decreases the firm’s leverage.