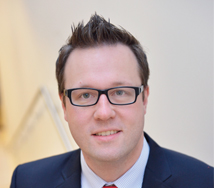 As well as throwing on subs that didn’t come off, they found that teams heading for a shock defeat were 85 per cent more likely to receive a card for violent conduct. (Click on infographic below).

Many professional football managers are often seen as tactical geniuses, but Leif Brandes, of Warwick Business School, Björn Bartling, of the University of Zurich, and Daniel Schunk, of the University of Mainz, found that they make mistakes when trailing to a side they are expected to beat.

“Despite the push to bring on another striker to help bring the score back in favour of the team expected to win our research found such an action actually had negative consequences, with on average it worsening their goal difference by 0.3, while they were also 0.3 points worse off.

“When the bookies favourites are behind we found they also receive more cards, 14 per cent more cards per minute. This, plus substituting players in an offensive way while being behind expectations sees them concede more goals and give up more points.”

In the paper, Expectations as Reference Points: Field Evidence from Professional Soccer, due to be published in Management Science, the academics tested a model of ‘reference dependent behaviour’ by analysing 8,200 matches in the top football divisions of Germany and England.

This model states that if people are expecting a certain outcome and it doesn’t happen they don’t always act in a rational way to get back to that expected outcome.

Dr Brandes said: “This is exactly what we see with football teams when they are the favourites to win. Our research shows in real life how people are affected by expectations.

“After all, these players and coaches are paid huge sums of money to play each week in front of a massive audience, and this shows they can experience psychological distress and act irrationally by taking too much of a risk when expectations are not being reached. Previously this has only been seen in a controlled environment, but our study of football teams reveals it happens in a real-life situation.”

But in both countries when the bookies’ favourite is losing they lose their cool.

Dr Brandes said: “The size of the effect is considerable. Cards for ‘dissent’ increase by 43 per cent if a team is unexpectedly behind, while violent conduct offences rise by 85 per cent. Conversely, when the favoured team is losing, time wasting or not retreating from a set play properly, the number of cards issued falls by 75 per cent and 74 per cent.” (Click on infographic above).

See this article featured at The Independent.