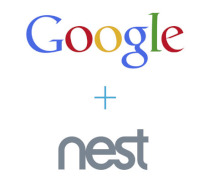 Associate Professor of Strategy Ronald Klingebiel reveals how Google's deal for thermostat and smoke alarm firm Nest is the start of their move for the emerging smart home market, knowing that controlling the ecosystem is the route to profits.

Google is set to pay £1.9 billion (US$3.2 billion) for Nest, a manufacturer of “smart” thermostats and smoke alarms. Though Nest is still relatively unknown, the buzz around smart homes – where all manner of devices are automated and controlled remotely – is growing.

A thermostat maker might not be the most obvious choice for a conglomerate built around web services, but Google is not the only firm diversifying into seemingly unrelated territory. Rumour has it that Apple was also interested, not least because Nest’s leadership used to work there, and telecom operators, phone makers, electronics firms, utilities, and a plethora of new upstarts are all trying to join the market too.

Though the sector is set to grow strongly, no one is quite sure yet how to make money from it. But the various competitors seem to agree that selling individual pieces isn’t enough: control of an overall ecosystem is required.

Such control might be established through the central hub connecting your smart burglar alarm, your smart thermostat, your smart baby monitor, and, perhaps, your smart egg minder. That’s why at the moment you will find it hard to buy many gadgets without having an entire hub system foisted upon you from the likes of Honeywell (electronic goods), RWE (utilities), or Gigaset (phone maker).

Over time, however, unbundling increases and common standards emerge, freeing you from proprietary systems and allowing you to mix and match more easily. For example, you could then connect a Nest smoke detector, a smart plug from Belkin, and smart bulbs from Philips to a device-agnostic hub such as that from SmartThings. Such flexibility of course reduces the profit opportunities for Honeywell and co.

That’s why a second strategy might be more attractive in the long run: establishing dominance through the software that links up devices. As the internet of things is becoming a reality, with many everyday objects connecting to the internet, it is reasonable to assume that people will prefer to control them via an integrated multi-purpose app rather than bothering with different programmes for each device. This is where Google can help Nest and vice versa.

If you used Google to organise your smart home, the company might be able to steer you towards other suitable smart devices and offer a host of complimentary services over the net. Early service propositions included PowerMeter, intended to monitor power consumption, visualise usage, and highlight options to save energy, and Android@Home, an attempt to create a communication interface for alarm clocks, dishwashers and so on.

Google often struggles to monetise its web services directly, having to rely on advertising revenue instead. For each service, there is a free alternative, and switching costs are low. Hardware, on the other hand, elicits greater loyalty and can draw people into a company’s ecosystem; the most notorious example is the iPhone.

Although the markets for many tech devices are commoditising, leaving less room for substantive differentiation and thus profits, devices are still a useful way for manufacturers to make money from add-on services.

Chinese handset maker Xiaomi has learned this lesson, selling great devices cheaply and then promoting services on top. The same logic is behind Microsoft’s takeover of Nokia, and Google’s acquisition of Motorola, even if results are still to show. Similarly, Google recently decided to make its own laptop, the Pixel, to steer users towards its web services. Buying a Pixel gets you a high-end laptop but also a subscription to Google’s cloud storage service.

It is not only Google going all this way to provide discounted hardware to get people hooked to its service portfolio; Amazon does the same with its Kindle, and HTC is rumoured to become its smartphone maker. Tesco sells its Hulu pad to further other products such as video-on-demand service Blinkbox. Devices enable commerce and guide the consumer’s perception of value, which then extends to the service ecosystem behind.

Something similar might be happening in smart homes. Samsung not only sells fridges that can tweet and video-call your friends, it also aims to provide the software backend for all your smart home appliances. Google’s magnificent IT capabilities might lead to something similar, using Nest devices as an entry point. Expect Apple to come up with its own smart home devices too – in anticipation, Haier, a home appliances manufacturer released an air conditioner certified with the “made for iPhone/iPod/iPad” seal.

The smart home market is still wide open and chances are that lessons learned in other consumer technology sectors will apply there too. Control of the ecosystem is a route to profits. Hardware can be used as bait for software and services. Nest furnishes Google with a key to your smart home, with which it hopes to steal a march on its rivals.

This article was originally published at The Conversation.