HR Research: How to build a proactive workforce 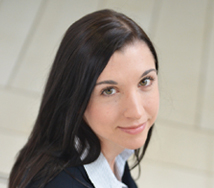 Building a proactive workforce is every manager’s dream as it can boost a company’s performance, but a new study has found if job satisfaction is low those ‘agents of change’ quickly lose that can-do attitude.

Researchers followed 75 workers for two years, measuring their job satisfaction levels and how proactive they were.

The study by Karoline Strauss, of Warwick Business School, Mark Griffin and Sharon Parker, of University of Western Australia, and Claire Mason, of the Commonwealth Scientific and Industrial Research Organization, also looked at how adaptive workers were and discovered that the easier they adapted to change the more likely they would remain proactive over the long term.

“Proactivity is important for innovation and implementing organisational change,” said Dr Strauss, who is part of the Organisation & Human Resources Management Group at Warwick Business School.

“So it is important to sustain a proactive workforce and we have found that job satisfaction is important, not just as an instigator of proactivity, but as a force for maintaining momentum.

“There has been research showing that job satisfaction leads to a more compliant workforce, and we did find that highly satisfied employees who had not tried to promote change at work were unlikely to do so in the future. But we also found that those with high levels of job satisfaction who were proactive maintained that over two years.

“Low levels of job satisfaction may motivate high levels of proactive behaviour in the short term as workers looked to change things to become more satisfied, but this is not sustained over the long term. Our findings suggest that these workers will either succeed in changing their environment at work and so no longer see the need to seek change, or fail, become frustrated and not persevere with their proactive behaviour.”

Management research has found that effective change in an organisation requires proactivity among the workforce to be maintained over a long period. As well as job satisfaction the study on an Australian healthcare organisation, entitled Building and sustaining proactive behaviors: the role of adaptivity and job satsifaction and published in the Journal of Business and Psychology, discovered adaptability was also an important factor.

“If employees do not adapt to change, they are consequently unlikely to support proactivity,” said Dr Strauss. “This research found a significant positive link between a worker’s adaptivity and proactivity.

"Those who fail to adapt to change seem to be less likely to initiate change in the future as they may see change as threatening and may lose confidence in their own ability to be proactive. Irrespective of their past proactivity we found that employees’ proactivity may decrease if they fail to adapt to change and that may impact on a company’s performance and profitability.”