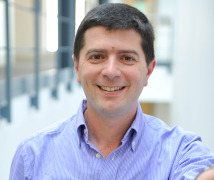 Warwick Business School Teaching Fellow Dr Jose Bento da Silva has been studying the Jesuits for 10 years. Here, he gives us an insight into the newly appointed Pope Francis I, the Catholic Church’s first Jesuit Pope.

The election of Cardinal Jorge Mario Bergoglio, a former Jesuit, is an important historical moment. The Catholic Church has entered the 21st century in the midst of the most severe crisis it has experienced in many centuries. The impact of this, for key Catholic communities, such as North America and Ireland, has generated a perceived need for change. This has been reinforced by a combination of internal bureaucratic problems and criticism surrounding the leaking of confidential Vatican documents.

The election of the new Pope, and the many calls for him to ‘take on’ the Vatican bureaucracy, is extremely interesting. The main headlines surrounding the Catholic Church often relate to issues like same-sex unions, contraception and the role of women. However, there are other organisational challenges that, whilst perhaps less interesting to headline writers, arguably affect the Catholic Church much more.

Whilst the second Vatican Council represented a wide-reaching attempt to adapt the Catholic Church to a changing environment, the Church has in fact continually adapted to its environment throughout its history. Over the centuries, the Catholic Church has learned to manage itself as a global organisation with strong political ties. The loss of those ties, after the conception of separation of religious and political powers, demanded the Church re-learn how to manage itself globally.

The loss of political influence has to be analysed together with the emergence of a different type of Catholic believer, influenced by modernity, and the emergence of a modern society that is no longer divided between clergy, nobility and ‘the people’. Together with these changes, there is a final and very important matter to consider, which occurred as the result of a strategy which began in the 16th century by the Jesuits, namely the missionary efforts (started amongst others by Saint Francis of Xavier, a Jesuit like the current Pope Francis I). These led to a distribution of the Catholic population, in the geographical areas which the Jesuits targeted.

This generated a major organisational challenge for the Catholic Church, and one it still faces today: how to manage such a long-lived global organisation, headquartered in Europe, but whose main base of ‘clients’ has moved to different continents.

So, to the election of the first ‘Jesuit Pope’ (although technically Pope Francis I is not a Jesuit, because Jesuits cannot be bishops): Pope Francis I is a former member of the most global religious order within the Catholic Church. No other religious order knows how to manage a global community like the Jesuits; that knowledge will be extremely relevant when it comes to the challenges Pope Francis I faces. Being of European descent, but born and raised in South America, Pope Francis I is one of the few cardinals capable of bringing together different ways of being a Catholic.

It is surely important that the cardinals elected, as Pope, a member of a religious order that is famous for challenging the Vatican. Here we begin to grasp the historical character of this election. The Jesuits have exchanged strong polemics with the Vatican, but they are also the only religious order to profess a vote of unconditional obedience to the Pope. The most serious and famous conflicts have arisen around a familiar organisational problem known to all major multinational firms; how to adapt centralised organisational practices locally. The fact that the Jesuits always had a strong presence in geographical regions with different cultural traditions led to the emergence of controversies about how to adapt Catholic practices in local regions, leading to controversies such as those surrounding the ‘Chinese Rites’. The Jesuits are thus very interesting as obedient critics: they are strongly aligned with the Catholic Church's doctrine and famous for unsettling the hierarchy of the Church.

The election of a ‘Jesuit Pope’, who knows Europe and South America, should therefore lead to an interesting organisational period for the Church and in particular for the relationship between the Vatican and the regions. It is worth noting that, historically, whenever the Catholic Church has wanted to change it has first changed its leader rather than its structure or its processes. The symbolism of the name chosen by Pope Francis I is surely a key first move in his leadership: although officially the name refers to Saint Francis of Assisi, in a happy coincidence it simultaneously invokes Saint Francis of Xavier, the most famous Jesuit Saint outside Europe.

In the 13th century Saint Francis of Assisi started a renewal of monastic orders, having created a mendicant order, the Franciscans, centred in the ideal of poverty and in individual conversion to God. The Jesuit Saint Francis of Xavier, from the 16th century, was a prolific missionary, spending most of his life as a Jesuit outside Europe. As the first Pope to choose Francis as his name, a clear message is being sent. As a cardinal, Pope Francis was not known for his strong political positioning (as John Paul II was), nor for his strong theological background (as Benedictus XVI was). Rather, Pope Francis I will be known for his spiritual qualities and his engagement with the poor. This is another significant change when it comes to the profile and positioning of the Catholic Church’s new leader.

In addition to the new style of leadership now residing in the Eternal City, and given that every Pope has the formal power to nominate cardinals who will elect his successor, it will be interesting to analyse who Pope Francis I favours. In this respect, Pope Francis I has the power to change the Catholic Church forever. Not necessarily by changing bureaucratic guidelines regarding certain practices, like those related with gender or sex, but by altering the organisational balance of power in the headquarters of the Catholic Church. Once those changes are implemented, the way will be paved for new phases of change, but we should not expect them to occur during this Papacy. Pope Francis I might change a great deal without apparently changing very much, as has been typical of the Catholic Church over the centuries and precisely why it is such an interesting case for organisational studies scholars.