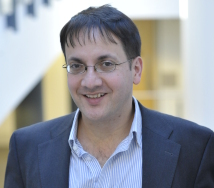 Raising the minimum wage up to the ‘living wage’ could provide the UK economy and the Government's coffers with a much-needed boost, Professor Kim Hoque told the BBC.

The minimum wage increased by 12p to £6.31 per hour recently, a rise of 1.9 per cent, though inflation is currently running at 2.7 per cent. Campaigners, such as the Living Wage Foundation, have called for the minimum wage to be raised to £7.45 per hour and £8.55 in London.

Professor Hoque, who has consulted for the Chartered Institute of Personnel and Development, Shell UK, NHS Scotland and the UK Commission for Employment and Skills, believes such a significant rise would not only help the country’s lowest earners but give the economy a vital lift as well.

“A higher minimum wage could represent a substantial ‘win-win’ – not only would it provide valuable respite for the millions of families struggling to make ends meet each month, but it could also provide a much-needed boost to demand as part of a sustainable recovery into the future,” said the Professor of Human Resources Management.

“Inevitably, many will argue that a higher basic floor for wages will be unsustainable economically and will potentially destroy jobs. However, arguments of this nature were made when the national minimum wage was first introduced, yet there has been no evidence since its introduction that it has had negative employment effects. To the contrary, a higher minimum wage floor would provide a valuable economic stimulus, given that the poor are - out of necessity - likely to spend rather than save any additional income they would receive. In addition, as KPMG have argued, if employers pay higher wages, the additional cost involved may well be offset by lower absenteeism and quit rates, higher levels of workforce motivation and commitment, and higher productivity. We should also remember that a higher minimum wage floor would have significant benefits to the exchequer. The Institute for Fiscal Studies has calculated that if the minimum wage were raised to £7.45 per hour - the rate for the Living Wage - this would raise the wage bill by around £12bn. Around £6bn of that would go directly to the Government in higher tax revenues and lower benefit and tax credit payments.”

The UK economy is making a slow recovery but Professor Hoque believes there is concern that there is a two-speed rise in income, with the relatively poor continuing to lose out.

“There is a plethora of evidence pointing to the extent to which real wages have fallen in Britain since the financial crisis of 2008,” said Professor Hoque on James Whale's show on BBC Three Counties. “The Trades Union Congress, for example, recently reported that in the past five years, UK workers have seen their pay fall by 6.3 per cent in real terms (representing a loss of £30 a week). Similarly, the Resolution Foundation has reported that Britain has suffered the biggest fall in working incomes across the G7 countries.

“What the data also shows is that it is those at the bottom of the pile that have lost out the most. The minimum wage itself has lost 10 to 12 per cent of its value since the financial crash of 2008, while research by One Society has found that if the minimum wage had increased at the same rate as the pay of FTSE 100 directors since its introduction in 1999, it would now be about £19 an hour, rather than its current rate of £6.31 per hour.

“The fear, as the Resolution Foundation has suggested, is that although Britain is experiencing a fragile economic recovery, this is failing to prevent the emergence of a ‘two-tier’ workforce, with an ever growing divide between the increasing numbers of people in low-paid, part-time jobs, and those in the upper tier of more stable managerial and professional roles.

“The impact of this on the day-to-day lives on those at the bottom of the income distribution is becoming increasingly evident. While inflation may be currently running at 2.7 per cent overall, it is higher for essential items on which the poor generally spend a larger proportion of their income. Reflecting this are the reportedly half a million people who are now dependent on food banks, and the nearly a quarter of families that are, according to the Energy Bill Revolution campaign, struggling to pay both their heating and their supermarket bills simultaneously.”

As well as lifting the minimum wage, Professor Hoque believes the Government can do more to promote an increase in living standards for those on limited incomes.

“The Government-appointed Social Mobility Commission has also proposed making job centre incentives dependent not just on whether they help people into work, but also whether they help people into well-paid work,” Professor Hoque. “Other recommendations are for the Government to use its purchasing power to require that the firms from which it purchases goods and services seek to increase pay rates, and for higher wages to be promoted via greater transparency by requiring listed firms and public sector employers to publish pay ratios. Another idea is to offer lower national insurance payments to firms that pay higher wages.”

Listen to Professor Kim Hoque on BBC Three Counties here. He is on after 1hr 38mins.