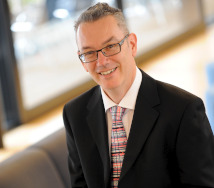 Firms are left exposed and vulnerable to economic shocks if they have difficulty borrowing money in their first year of trading, new research has found.

Data from the Bank of England recently showed that lending to businesses rose by £500 million in July but small and medium enterprises (SMEs) are still failing to benefit. In fact lending to SMEs fell by £900 million in July and Dr Kevin Mole, Associate Professor of Enterprise at Warwick Business School, says his research shows this could have long term consequences for the UK economy.

Research conducted by Dr Mole, Professor George Saridakis, of Kingston Business School, and Graham Hay, of consultancy firm Cambridge Econometrics, examined liquidity constraints in the first year of trading and found 29 per cent of firms reported problems accessing funding, with more than a quarter of them then going out of business in the next three years.

“Liquidity constraints made the firms more vulnerable to external shocks and therefore more likely to exit the industry. When the country is suffering a serious and extended economic downturn it makes the problem even more significant and more difficult to survive from.

“We found that 31 per cent of firms who went out of business reported a problem with liquidity, while 28 per cent of those that survived their first three years also reported problems gaining finance.”

For the paper, ‘Liquidity Constraints in the First Year of Trading and Firm Performance’ published in the International Small Business Journal, interviews were conducted with 622 new businesses set up in Buckinghamshire, Shropshire and Tees Valley between 1990 and 2001. They represented the most enterprising, least enterprising and averagely enterprising counties in England as measured by the number of start-ups per population.

The firms’ progress was subsequently tracked until 2004 and they were assessed on their employment growth over three years and on the probability of them remaining in business.

Dr Mole said: “The empirical evidence strongly suggests that being financially con­strained at start-up does not have any significant impact on firm growth, but affects negatively its ability to survive, so those firms are more vulnerable to external shocks and therefore more likely to struggle and finally leave the industry.

“Research has shown that liquidity constrained firms struggle to fully capitalise and are less competitive, leading to sub-optimal output and profits. A lack of capital may act as a serious barrier to enterprises. This raises the question of how many more potentially fast growing firms would there be in a region if finance was available in the first years.”

Dr Mole, whose research was used in the setting up of the Government’s £200 million GrowthAccelerator programme for small and medium-sized companies, believes more can be done to help start-up businesses to succeed.

In the less wealthy areas sampled in the survey, a start-up programme that combined advice and grants helped to alleviate some of the problems companies encountered in their first year.

He also believes that a change in senior management during the early years can help a business’ survival, while the UK can learn lessons from Germany.

“We found that what did improve the survival rate was a change in ownership, suggesting that the problem is in the top management of the firm,” said Dr Mole.

“This may suggest that help for the CEO either through non-executive directors or through voluntary approaches such as the PLATO scheme that brings together managers from larger companies with SME managers, may be beneficial.

“Also in Germany new ventures can obtain loan finance that has a three-year ‘holiday’ before being paid back. The evidence suggests that the impact of that scheme is to increase the capital per worker in the recipient firms and so increase productivity. Our research supports the evidence base underlying this policy.”