Lessons on Trump and post-truth from Ancient Greece 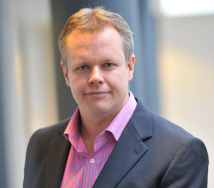 With Donald Trump now officially sworn in as the 45th President of the United States of America are we set to see a new style of politics come to the fore in the US? Here Kevin Morrell examines this theme by looking at parallels between the rhetorical style of new US President Donald Trump and the Ancient Greek politician Cleon.

With Donald Trump’s inauguration as President the world is anticipating a new, and potentially radically different era for the U.S.

Trump’s surge to leading the most powerful nation in the world was fuelled by a rhetoric we associate with a new term: ‘post-truth’. Oxford dictionaries named post-truth their word of the year in 2016, and they defined it as “circumstances in which objective facts are less influential in shaping public opinion than appeals to emotion and personal belief”.

His inauguration continues to prompt questions about this new style of politics: for instance, his adviser's coining of the Orwellian phrase 'alternative facts'.

"Brexit", and Trump's success were new lows for many of us, particularly perhaps in Higher Education, precisely because facts came a distant second to populist appeals.

But, as a number of people have identified, “post-truth” didn’t begin with Trump. One reference point for the two campaigns 2016 will be remembered for has been the propagandism of the 1930s, and two wickedly cynical pieces of advice: repeat lies often enough until they are accepted as true, or remember if you are going to lie, tell a big lie.

But almost a century earlier, in the 1850s, there was a far dirtier U.S. election campaign where an anti-immigration party, the "know nothings", thrived by pretending to be ignorant of their own party’s activities.

Further back still, before U.S. independence, the Scottish physician and satirist Arbuthnot wrote, “Falsehood flies, and the truth comes limping after it, so that when Men come to be undeceived, it is too late… like a physician who has found out an infallible medicine after the patient is dead.” The title of his 1712 essay? The Art of Political Lying.

Way, way before Arbuthnot, in 350 B.C., Aristotle’s Constitution of Athens describes the demagogue Cleon in a way Trump critics might recognise: “the cause of the corruption of the democracy by his wild undertakings.”

A closer look at Cleon invites several parallels with how critics see Trump. Cleon inherited his wealth from his father in the form of a tannery - a leather factory: certainly the Athenian equivalent of “blue-collar.”

He rose to power in 430 B.C., during a desperate time for Athens - it was at war with Sparta and devastated by plague. Plutarch describes him as someone who “catered to the pleasure of the Athenians” combining “mad vanity”, “versatile buffoonery” and “disgusting boldness.” Cleon had a distinctive and shocking communication style, one Athenians had never seen.

While speaking, he would hitch his cloak up and slap his thighs, running and yelling at the crowds. Aristotle says he was “the first to use unseemly shouting and coarse abuse.” Accompanying this radically new communication style, Cleon’s populism was based on attacking two enemies.

First, though wealthy himself, he positioned himself as anti-establishment, pursuing a “relentless persecution of the upper classes.” Second, he was a flag-waving xenophobe: antagonistic towards Athens' rival, and - partly thanks to him - bitter enemy Sparta; as well as to Mytilene - a city that wanted independence from Athens. Cleon is even recorded making a speech that expresses admiration for Mytilene’s “unassailable” walls.

Parallels don’t end there. A later Athenian writer, Lucian, suggests Cleon profited from exploiting his office as some warn Trump is set to do and that he was “venal to excess” (as Trump detractors suggest).

He was boastful, once bragging he could win a war against some Spartans by himself. He was thin-skinned and censorious, as well as a litigious bully. Cleon tried, unsuccessfully, to have the satirist Aristophanes prosecuted for writing what he considered a treasonable play: The Babylonians.

This turned Aristophanes into a life-long enemy. Cleon accused Athenian generals of incompetence - and in establishment-bashing mode tried, unsuccessfully, to prosecute one of them (Laches).

Cleon was held responsible for the eventual exile of another - Thucydides who as well as being a general is sometimes described as the original "historian's historian". Indeed Thucydides’ contribution was to found a tradition of history as concerned with facts rather than story-telling.

Throughout this period, Cleon was the biggest obstacle to normal relations with Sparta and within a year of his death, a peace treaty was agreed.

History was certainly not kind to Cleon, and perhaps Trump will not find himself showered in praise either.

This has an unusually small cast because it is essentially a relentless assault on the character Paphlagon (obviously Cleon): “the leather-seller” with a “gaping arse”, “a perfect glutton for beans” who loudly “farts and snores”, an “arrant rogue” and “mud-stirrer” with a “pig’s education” and the “stink of leather”, “this villain, this villain, this villain! I cannot say the word too often, for he is a villain a thousand times a day.”

Cleon may well have had a front-row seat for The Knights, where he would have seen Aristophanes bravely playing Paphlagon/Cleon (characters in these plays were masked but no prop-maker dared make a mask resembling Cleon).

We might imagine Cleon later reviewing The Knights: “a totally one-sided, biased show - overrated! The Theatre must always be a safe and special place. Apologise!” and so on. What matters is that Aristophanes’ contemporaries awarded The Knights first prize at the Lenaia festival (something like Athens’ Cannes Festival).

Cleon’s brand of post-truth politics flourished because when life is extremely hard, facts are not as novel or distracting as sensationalism.

Some Athenians were won over by the novel spectacle of yelling, coarse abuse and thigh-slapping - and many were distracted by diversionary ranting against Sparta.

Critics of Brexit and Trump would say many voters were won over by bus-sized gimmicks and tweet-sized slogans - where both camps painted "enemy" over an anonymous other. 2016 was a bad year in which millions were desperate for change, but perhaps what we saw was an age old spectacle. Populism and appeals to emotion always work on some people. When times are bad enough they work on enough people.

One consolation for opponents of Trump and Brexit is that the Athenians kept Cleon partly in check using existing governance mechanisms - the courts.

They can also take comfort that contemporary culture remembers Cleon through the eyes of his bitter enemy Aristophanes. Cleon’s era was horrific yet it also saw the birth of the discipline of history and became a golden age for satire. Shortly after his death we saw another kind of Athenian golden age - with Socrates, Plato and Aristotle laying down the basis for Western philosophy and civilization.

They taught the importance of scepticism and scrutiny, and of virtue. They placed the ultimate premium on the search for knowledge and truth. In the Rhetoric Aristotle gave us all the tools we need to see through a Cleon. More than this, Aristotle wanted rhetoric to be widely understood so arguments were evaluated on their merits rather than the wrapper (or bus) they arrived in. In business and across the social sciences this remains a goal of Higher Education as we seek to encourage deeper, critical thinking.

There are innumerable points of contrast with ancient Athens of course. Most bleakly, all have to pray the weapons contemporary Cleons control are never used. Even if we are not as brave, maybe Aristophanes’ example can help us see the value of ironic distance: witnessing some of the horror and nonsense as a grotesque aesthetic spectacle.

While doing so we can all find ways to support commentators, critics and comics, fiercely reject any kind of censorship of theatre and respect history. We can also reject prejudice, defend our courts and work to keep a sense of humour, and a sense of the ridiculous.

Kevin Morrell is a Professor of Strategy & International Business as well as being a British Academy Mid-Career Fellow. He is the author of Organization, Society and Politics: An Aristotelian Perspective, (2012) Palgrave, London.