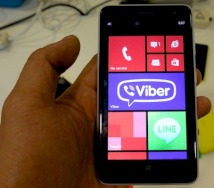 Microsoft has agreed to buy Nokia’s mobile phone business for 5.4 billion euros (£4.6 billion); a move that is good for the Finnish firm but not so good for the US tech giant, writes Assistant Professor of Strategy Ronald Klingebiel.

Microsoft’s takeover of Nokia’s mobile phone division won’t come as much of a surprise to anyone who has kept an eye on the pair for any length of time. Two years ago, the two companies decided to collaborate on smartphones, causing many to question the feasibility of Microsoft’s strategy to make Nokia its smartphone partner without promising to treat any other vendor less favourably. Yesterday’s announcement shows that the doubters were on to something. Nokia’s dominance of the Windows Phone market suggests that other vendors like Samsung and HTC lost interest.

As for Nokia, there were queries over the Finnish firm’s rationale for dropping one unsuccessful Linux system for another unsuccessful proprietary system, while closing the door on other options such as Android. Operating systems are a winner-takes-all market. Only two are successful: Apple has its App Store and Android has Google Play. Windows Phone could not recreate the scope of these marketplaces and so did not provide the boost to the hardware business that Nokia had hoped for, essentially driving the firm into the arms of its only realistic saviour.

Companies often start out with low-commitment forays into a new market because limited initial outlay allows firms to abandon potential failures more easily. Microsoft’s strategic partnership with Nokia was meant to test the waters and, indeed, as the performance of the Windows Phone on Nokia’s Lumia handsets was far from overwhelming, it would have seemed intuitive to look for alternative options. But unfortunately, the nature of the partnership with Nokia foreclosed many of them. Instead of being able to walk away, it appears as if the least bad option for Microsoft was to escalate its commitment, buying the Nokia phone division outright.

This decision comes at a time when the handset market is commoditising. There is little that differentiates one black, rectangular touchscreen phone from another black, rectangular touchscreen phone. Value is captured through apps; they are the main reason why consumers choose one phone model over another. The control over app ecosystems is what drives Apple’s profits up and Nokia’s profits down. Network effects mean that fewer people want to have access to Microsoft’s app store, because fewer apps by fewer developers are available on it, which in turn is because fewer consumers attract fewer developers.

Cross-platform applications such as those on HTML5 stand to prise apart the tight lock between handsets, operating systems, app stores and apps. Standardised protocols such as HTML5 supposedly work on any device, irrespective of the operating system running on it. Currently, HTML5 apps still need a bit of customisation, but one day in the not-too-distant future, developers will create one piece of software, and it will work on any phone and system – especially if it is running in the cloud. The icon on your phone will just be a link. When that day comes, consumers will be able to buy any one of the black, rectangular touchscreen phones on offer, use any operating system, and still access any app they want. It will then become tricky to convince someone to pay four times more for an Apple device than a Lenovo device, if the Lenovo one can do the same job. Beyond price, handset vendors might compete on screen quality and perhaps battery life, but little else. Even computing power will matter less, as apps, and indeed operating systems, can run in the cloud.

So where does this leave our protagonists? Nokia is right to divest its phone business, because, put crudely, Apple and Android apps do not currently work on the Lumia handset. In the future, they will, but then there will be less room for handset differentiation and ultimately, profits. So getting out of the business seems savvy.

As for Microsoft, full control of Nokia will not provide many more benefits than the preceding partnership. Attractive Nokia handsets are presumably meant to entice users to switch to the Windows Phone ecosystem. For the above reasons, this has had limited success to date. What could tilt the game a bit is a harmonisation of Microsoft’s operating systems across stationary and mobile devices. Some consumers might find it convenient to get everything from the familiar Microsoft software suite on all their devices. Windows 8, designed with touchscreens in mind, was a first move in this direction and should be pursued further. Microsoft would be well advised, however, to make its software available to all brands of phones and devices, not just Nokia’s.

So if not for the handsets themselves, maybe for the patents? Google acquired Motorola in part to beef up its patent portfolio. This has bolstered its defences in the proxy fights between Apple and handset manufacturers using Android. Microsoft may wish to use Nokia’s patents similarly to defend Windows Phone. Unfortunately, Nokia seems to merely licence many of its patents to Microsoft, rather than handing over ownership. Infringements would thus be fought by Nokia, not Microsoft. Therefore, Nokia’s patent portfolio is unlikely to do the same for Microsoft as it did for Google.

There is a silver lining to the deal though: it is cheap. A sophisticated mobile device operation and 30,000 employees are changing hands for half the price that Microsoft paid for fledgling software company Skype. In a way, it is less of a gamble than the 2011 decision to form the original Nokia-Microsoft partnership in the first place.

See this article featured in The Drum, The Conversation, Computer Weekly and Il Sole 24 Ore.

Listen to Dr Ronald Klingebiel talk about this article and innovation on BBC World Service's In the Balance.