Microsoft's Minecraft deal could be a game-changer 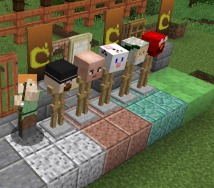 Microsoft's $2.5 billion deal to buy Minecraft maker Mojang may seem like a big gamble for a game, but Professor of Practice Mark Skilton believes this is part of a necessary strategy to revitalise the IT giant and secure its future.

Just as the game Minecraft sees players build their virtual world block by block, so Satya Nadella’s takeover of its parent company Mojang is the first block in Microsoft's new platforming strategy.

The IT giant has been stumbling along in recent years as it sees tech upstarts all around it pulling revenue streams from under its feet. While its corporate business has kept bringing in the revenue, the consumer side of the operation has been flailing around in search of a new identity as Apple and Google march ahead in popularity.

To turn things around, CEO Nadella announced a new strategy for the company in July of this year. It marked a move away from the traditional devices and services towards mobile and cloud. So where does buying Mojang, a Swedish game company and owner of Minecraft, fit into this?

Clearly, products are proving a difficult market for Microsoft to crack – their attempts at a tablet, Surface, have so far failed to deliver. And, after buying Nokia, it still has a long way to go before its Windows operating system catches up with Android and Apple for its mobile phones.

Looking to the success of Google and Apple, they have an ecosystem of products that sees users go from their mobile to tablet to PC or Mac, using Google or Apple at every turn. And Nadella, in his first major strategic move since taking over as CEO in February, is looking to develop something similar for Microsoft.

His plunge for the teenagers' favourite game at a reported $2.5 billion is no punt. It is a carefully thought-out new direction for Microsoft and puts the company on an exciting path. The aim? To finally win over the hearts and wallets of a younger, trendier crowd, which has been plugged into Windows on their PC for many years.

Mojang may have made more than $100 million last year, but it is the number of users they have that appeals to Microsoft, who need to build a community and large user base. Minecraft has 100 million users that Microsoft can now start funnelling to its other products and create an ecosystem for.

By growing their user base, Microsoft can then generate more money through it. The gaming community worldwide is a huge audience. In the recent Intel Developer conference IDF14, one senior executive said: “There are 711 million PC gamers on the planet today, that’s about one in 10 people are gamers, it’s a key statistic and a huge market opportunity.”

In the digital world the number of concurrent users directly drives revenue. Known as the cloud monetisation strategy, the model focuses on having users connected across mobile, cloud and services. And this is the model that Microsoft’s Nadella has strong leanings towards.

Interestingly when he announced his ambitions earlier this year, Nadella downplayed the role of Xbox. He nonetheless

counted the product as an important and very lucrative revenue stream that made an important connection with the younger generation.

So, to some extent, acquiring Minecraft demonstrates a u-turn on this part of
the strategy and shows it is actually still very much a core platform for user traffic generation.

It must be said that it was hard to believe Nadella’s earlier indications that
Xbox was not a core component of Microsoft’s offering. Perhaps they were a deflecting tactic, as the home entertainment and services centre is as much
of a strategic platform as mobile and cloud.

The challenge for Microsoft is to ensure strong and consistent user experience across all their platforms. Gaming produces a huge volume of users and Microsoft and its partners must invest to provide better experience and channel value from these services.

With Minecraft, Microsoft can build a digital brand that can span Xbox, mobile and tablet. It will have a captive audience to work on as the online gaming industry rapidly moves from niche collective enthusiast to mass market.

Amazon’s recent acquisition of Twitch, the online gaming spectator portal, for close to $1 billion speaks volumes about the growing market. The numbers speak for themselves, with top gamers bringing in more than 20,000 spectators to watch them in real time – gaming is the new way to interact in the digital sharing economy.

Investing in the top games is a logical move that fits into Nadella’s stated strategy to rejuvenate Microsoft. Of course, it will have to make sure it doesn’t dilute the Minecraft experience too much and start driving users away. And to fully capitalise on the new traffic, it will have to build a Microsoft ecosystem to stop them switching across to rival providers.

See this article featured at The Conversation, Science 2.0, BBC Online, Exame and the Daily Mail.

Watch Professor of Practice Mark Skilton talk about this deal on The Street.