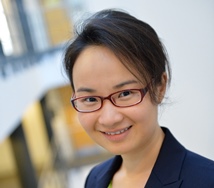 Millions of previously hidden US stock trades were revealed for the first time on Monday 9 December thanks to research from a team of academics.

Previously odd lots, which are trades of less than 100 shares, have not been revealed on the publicly available ‘consolidated tape’, with only big investment banks and sophisticated computer-powered high-frequency traders paying to see them from individual exchanges. It was thought they were used only by small retail investors and so were not important.

But Chen Yao, of Warwick Business School, Maureen O’Hara, of Cornell University and Mao Ye, of University of Illinois, discovered that more and more big trades were being ‘sliced and diced’ to less than 100 shares so they remained hidden, leading to a ‘two-tier market’. They found four per cent of the volume of shares traded were done as odd lots in 2009 and that had risen to 4.9 per cent in the summer of 2013. In some cases they found that 60 per cent of a stock’s shares were traded as odd lots and so were hidden from the public transaction feed.

Thanks to their work US regulators have decided that all odd lots will be included in the publicly available ‘consolidated data’ so they will no longer be hidden. This was due to be implemented on Monday December 9.

Dr Yao, Assistant Professor of Finance at Warwick Business School, said: “This is a welcome move by the US exchanges. From Monday the markets will be more transparent and fairer for all.

“While leaving odd lots out of the public feed may have been sensible in the past, fragmentation, high-frequency trading, and the widespread use of algorithms have changed markets in fundamental ways.

“The results of our research suggest that odd-lot trades have changed as well, and they now play a new, and far from irrelevant, role in the market. We found a large fraction of trades are odd lots, which leads to significant inaccuracies in measures of volume. It will be interesting to see how the markets react when these odd lots are included; it is something we will be studying intently.”

In their paper What’s Not There: The Odd-Lot Bias in TAQ Data to be published in the Journal of Finance, Dr Yao and her colleagues studied 120 stocks on the Nasdaq from 2008 to 2011 and found that the median fraction of missing odd lots was 24 per cent, but some stocks were missing more than 60 per cent of their trades.

Missing trades
Algorithmic trading routinely slices and dices orders into smaller pieces, creating a new clientele of odd-lot traders,” said Dr Yao. “The emergence of high-priced stocks such as Google or Apple, which have reached nearly $1,000 a share, results in odd lots constituting a significant fraction of trade for them. And the fact that odd lots are not reported to the ‘tape’ provides incentives for informed traders to transact via odd lots rather than use more visible trade sizes. Google, for example, had almost 31 per cent odd lot trades in 2008 and this had grown to 52.9 per cent by 2011. Amazon’s odd lot trades went from approximately 22 per cent to 46 per cent of trades, while Apple’s increased from 17 per cent to 38 per cent over this interval.

Dr Yao argues the increasing problem of these “missing trades” is more significant for stocks with higher prices or less liquidity.

“Dividing a round lot into multiple trades may be the result of firms seeking to avoid reporting requirements and may come from those with more knowledge about future price movements,” said Dr Yao. “Traders (or algorithms) appear to be splitting trades into odd-lot pieces, motivated perhaps by such trades’ absence from the public ‘consolidated tape’.

“We also find that odd-lot trades are more likely to be from high-frequency traders, evidence suggestive of the new patterns of trading in the market.”

See this article featured at the Washington Post, Le Revenu and Science Daily.