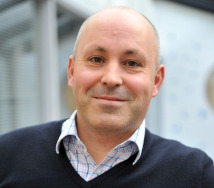 Entrepreneurs who saw their business fail in 2012 can see a new year as a new beginning with some ‘failure therapy’ from Warwick Business School.

According to the Insolvency Service there were 3,971 compulsory liquidations and creditors’ voluntary liquidations in England and Wales in the third quarter of 2012. On top of that they recorded 28,062 individual insolvencies.

But the end of a business does not have to be the end of an entrepreneur according to Professors Deniz Ucbasaran, Andy Lockett and John Lyon at Warwick Business School and Dean Shepherd, of Indiana University.

The team have pooled together more than 40 papers of research on the effects of business failure and believe their experience can offer entrepreneurs ‘failure therapy’ to start again in 2013.

In their paper Life After Business Failure: The Process and Consequences of Business Failure for Entrepreneurs they reveal how entrepreneurs can recover from the trauma of losing a business and, with the country desperate to pull itself out of the ongoing economic crisis, how the UK's innovators and business drivers react to failure will be crucial.

“Where there is uncertainty, there is bound to be failure,” said Professor Ucbasaran, Professor of Entrepreneurship at Warwick Business School. “It is not surprising, therefore, that many new ventures fail. The aftermath of failure is often fraught with psychological, social, and financial turmoil.

A learning opportunity
“But it doesn’t have to be the end. Successful entrepreneurs pick themselves up after failures, and even capitalise on them. They see failure as an opportunity for learning. Take the example of a businessman Steve Mariotti who was mugged in New York by three youths. It was not a nice experience, but he started thinking why were they out at night? He used the experience to set up the Network For Teaching Entrepreneurship. He capitalised on a negative experience to come up with an opportunity.”

According to Professor Lockett, who is Professor of Strategy and Entrepreneurship at WBS, “there can be a stigma to an entrepreneur involved in a failing business”. He added: “Research shows that accepting at least partial responsibility may allow them to garner sympathy and signal they have learned from their mistakes.

Demonstrate your resolve
“Importantly we found that some investors treat failure with a degree of tolerance, acceptance and open-mindedness. As long as the entrepreneurs can address their failure by diagnosing what went wrong and deal with the fall out in an honourable and professional manner, then any subsequent attempt at raising finance may be enhanced. Failure may be a real opportunity for the entrepreneur to demonstrate their true resolve.”

Deal with your grief
Losing a business can have a big psychological impact on the entrepreneur, and Professor Ucbasaran believes research has shown the best way to deal with such grief.

“Losing a business has parallels with the loss of someone important,” said Professor Ucbasaran . “The entrepreneur can feel grief and a host of negative emotions, but those displaying ‘learned optimism’ are more likely to make sense of failure that aids recovery and propels them to undertake future entrepreneurial activity. There are also grief recovery strategies that entrepreneurs can use to quickly recover from failure and learn from it.”

Be flexible
“Successful entrepreneurs are flexible,” said Professor Ucbasaran. “The most successful businesses rarely look like what they did in their business plan. The good entrepreneurs have very good social skills, are good story tellers, are willing to listen and have a lot of self-awareness. They know their own limitations and so surround themselves not only with people who compliment them but with people who will question and challenge them, so they have to justify their decisions.

“Also entrepreneurs should look at having a portfolio of businesses, so they can dilute the costs of failure, those that have one business at a time feel the psychological effects of failure a lot more.”

Professor Ucbasaran believes it is vital entrepreneurs are encouraged to bounce back as the UK looks to drag itself out of its economic crisis in 2013.

Question the norm
“Entrepreneurs are the seed,” said Professor Ucbasaran. “They question norms and come up with new solutions, which, usually big business then goes on to execute more effectively. We need them for vitality and dynamism in the economy.

“They are willing to go with a hunch and take action. It is a way of thinking, a mindset and we need more of them.”

Professors Andy Lockett and Deniz Ucbasaran teach entrepreneurship on the Warwick Executive MBA, the Warwick MBA by full-time study, and the MSc in Management.