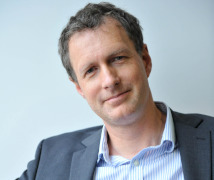 Professor Chater is an advisor to the Government’s Behavioural Insights Team – known more commonly as the ‘Nudge Unit’ – and was on Today after it was announced the project would be partly privatised.

The team was set up by the Government in the summer of 2010 to look at how the burgeoning area of behavioural science can help policy being implemented.

Examples of their work includes sending personalised text messages to people who are late paying their car tax, which doubled the number of payments, adding a photo of the car tripled it. While being offered subsidised loft clearance to go with the subsidised insulation saw a fivefold increase in take-up.

On Radio Four’s Today show Professor Chater, who is Professor of Behavioural Science at Warwick Business School, which is part of the University of Warwick, said: “The remit of the unit is very wide, almost every aspect of Government impinges on human behaviour. I think It has been doing pretty well.

“The Behavioural Insights Team has been piloted to look at how far it is possible to apply psychological insights in specific cases. Another example is tax letters, we found that talking about the number of people who have paid their tax by a given time makes laggards pay more rapidly.

"We are also interested in building on international studies which have significantly increased the number of people signing up for organ donation, simply by changing the 'default' option on the relevant forms.

“There have been a range of different, narrow problems where understanding human behaviour has been enormously helpful.

“Can nudging do everything? Absolutely not. But it would seem perverse not to apply an understanding of human behaviour to help improve the effectiveness of government policy."

To listen to Professor Chater on Radio Four's Today programme click here, he is on after two hours 55 minutes.

Professor Nick Chater is head of Warwick Business School's Behavioural Science Group and teaches Principles of Cognition on MSc Business and Varieties of Decision Making on the undergraduate programme.