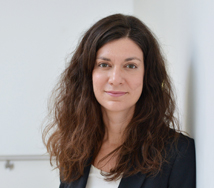 The UK's GDP for the second quarter of 2014 could eventually be 0.4 per cent higher than the Office for National Statistics' huge national accounts revision revealed, according to Warwick Business School economists.

The once-in-a-generation changes to the way GDP is calculated saw it rise to 3.2 per cent for 2014 Q2, but by looking at how economic data has been revised through history Dr Ana Galvao predicts that GDP will actually rise to 3.6 per cent.

The new set of numbers also revealed a lessening of the depth of the 2008 to 2009 recession. They imply the UK economy recovered more rapidly than previously thought to surpass its pre-crisis peak in 2013 Q3 rather than 2014 Q2.

Growth rates, compared with the same quarter a year ago, were also raised for the period 2008 to 2012. The economy is now estimated to have dropped by 6 per cent rather than 7.2 per cent in 2008 Q1.

Dr Galvao, Associate Professor of Economic Modelling and Forecasting, said: “Our central estimate is that growth in 2014 Q2, compared to a year earlier, is expected to be 3.6 per cent rather than the 3.2 per cent as currently estimated by the ONS.

“In a few years’ time, we expect to be looking back at the 2010 to 2014 recovery period through an even rosier lens.

“The data released by the ONS is not the end of the story. Further revisions are to be expected as more up-to-date information about the state of the economy arrives.

“These estimates will inevitably be revised. We should therefore expect the economic history of the past five years to be rewritten – again and again.

“In the meantime, we should interpret the latest estimates with some caution and avoid reading too much into one particular estimate, view or interpretation of economic history."

Dr. Galvao, together with Warwick Business School colleagues Professors Anthony Garratt and James Mitchell, of the school's Economic Modelling & Forecasting Group, have computed the likely range of estimates for the expected revisions to the latest GDP over the post-recession 2008 to 2014 period. The calculations exploit historical patterns in revisions to UK real GDP to provide an indication of the expected revision to the latest data.

The black line on the attached chart shows the ONS revised figure, while the red line is WBS’ expected final value.

The likely revisions to UK GDP are presented in the chart as 90 per cent uncertainty bands. There is only a 10 per cent chance that a GDP estimate higher or lower than these bands will be observed.

Dr Galvao added:  “The ONS goes to great pains to produce timely estimates of economic activity, and produces estimates faster than most other countries.

“However, GDP estimates are always revised. The most common reason is due to the arrival of new, more complete information understandably not available at the time the ONS first produced its timely estimates. This latest GDP data using new methodology will themselves continue to be revised.

“Our analysis shows that the latest data should not significantly change our view of how the UK fell into recession in the aftermath of the global financial crisis. But, in more recent years, the nature of the slow economic recovery remains to be seen.

“Debates about double or even triple dip recessions in 2012 might have been popular at the time, but our analysis shows that these discussions needed to reflect the underlying data uncertainty.

"When acknowledged, we readily appreciate that the data are consistent with a range of views about the nature of the UK economic recovery.”

Professor Anthony Garrett teaches Managing in a New World on the Warwick MBA by full-time study, while Professor James Mitchell teaches Economics of the Business Environment on the Global Energy MBA.