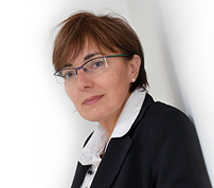 The cold weather has seen the UK eat into its gas reserves and Dr Giulietti revealed that compared to the rest of Europe the country’s reserves are already small.

The UK holds just 13 days’ worth of gas in reserve, while Germany holds 99 days’ worth and France 122.

And this week SSE announced it is cutting back on power generation at five power stations across the UK because of uncertainty around the Government’s future energy policy.

Dr Giulietti believes with the help of imports the UK will not run out of gas or have to ration it, but feels it will inevitably lead to a price hike for consumers.

On Sky News the Warwick Business School associate professor said: “There have been warnings the reserves are getting tight in the UK as its storage capacity is a lot smaller than the rest of Europe. Plus there is also an issue with the decline in gas production from the North Sea.

“In February 2006 we saw a tightening of the gas supply in the Uk because of a fire at the Rough gas storage facility. The cold weather carried on into March, but there was not any rationing of supplies, only a substantial rise in price. I think that could happen again if the cold weather continues and similar conditions are observed in Europe; the wholesale gas price will rise and that will eventually be passed on to consumers.

“A change in demand will see the energy companies rely on the spot market and import gas, which is subject to variations in price. With such low reserves the UK might have to import more. The UK has just 13 days in reserve in the form of gas storage, while Germany has 99 and France 122 – it is a big difference.

“The chief executive of Ofgem (Alistair Buchanan) recently warned of a tightening of supply and that the UK should think about improving access to gas supplies.”

In the long term Dr Giulietti says that the USA’s shale gas boom could help the UK and provide it with another supplier, if current regulatory limits on exports are reduced .

“Russia indirectly supplies gas through Europe to the UK and the UK has a good trade relationship with Norway, but they may have to find new markets in the future,” said Dr Giulietti, an associate professor of Global Energy. “The USA could provide gas to Europe in the long term and so the UK would also benefit.”

Dr Giulietti feels the energy industry needs a better defined outline of the future direction for energy policy by the Government.

“The Government has a complex job of balancing affordability and supply security with its commitment to reduce carbon emissions,” said Dr Giulietti.

“The recent Energy Bill said the UK would move to wind power and new nuclear plants, while the Treasury has talked about facilitating shale gas extraction in the country. It has created uncertainty in the market for energy companies, who need confidence in the market to invest and make this switch to low carbon energy happen. At the moment the companies are reluctant to make substantial investment in these areas.

“Companies are requesting clarity about the Government’s policies. They want to know how the UK market will evolve in the future. They want energy policy and financial support to be clearly defined so they can plan for the future. A clear and well defined policy signal from the Government would help resolve this issue and promote investment in new plants and new technology.”