Remove the temptation to fix the fix 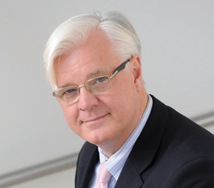 Regulators around the world, including the UK’s Financial Conduct Authority (FCA), are investigating whether foreign exchange markets have been rigged, with Barclays, Royal Bank of Scotland, Citigroup, Deutsche Bank and UBS all confirming that they have been contacted as part of the probe.

London accounts for 40 per cent of the $5 trillion a day global foreign exchange market and there has been evidence of price spikes around the daily London 4pm fix for the WM/Reuters benchmark used for many large client orders that suggests ‘front running’ – traders deliberately placing large orders in order to influence the benchmark rate.

At his Mansion House speech the Chancellor announced plans to extend legislation covering the Libor to oversee the London 4pm fix as well as fixed income and commodities benchmarks. The Libor scandal saw banks across the world, including Barclays and RBS, fined billions of pounds for fixing the official inter-bank rate and the probe into FX rigging could see similar fines.

A review led by led by Minouche Shafik, the new Bank of England deputy governor for markets and banking, along with Martin Wheatley, FCA chief, and Charles Roxburgh, director-general, financial services at the Treasury, will recommend new legislation in the autumn.

Professor Taylor said: “Regulation of the market to make rigging of the reference rate illegal is certainly welcome and will send a signal to the rest of the world that cheating in London’s financial markets will not be tolerated, but my worry is that by itself it won’t be enough.

"The foreign exchange market is massive and it is by definition global, making it very hard to control and oversee. Also, the incentives to cheat are still massive, even when there is regulation in place.”

The benchmark rate is made by taking an average of the exchange rate in currency trades 30 seconds before and after 4pm in the London market. The benchmark rate is used to value trillions of dollars of assets, and is the rate at which some big investors agree with their bank to exchange currencies to settle their accounts at the end of every day.

If the benchmark rate can be pushed up artificially, then the banks could charge the investor a higher rate than the rate at which the bank is able to cover the trade in the market a few minutes later, with the difference representing a profit for the bank. Some of the trades involved are huge – billions of dollars. So, if traders can move the benchmark rate just a tiny amount it could represent a profit of millions of dollars.

“If we really want to make sure the foreign exchange reference rate isn’t rigged, we need to remove the incentives to cheat,” said Professor Taylor.

“One solution would be to take away the temptation by taking the average over an hour - so 30 minutes either side of 4pm rather than 30 seconds. It’s a simple, workable solution because it would be a lot harder, if not impossible, to move a market as big as the FX market for an hour. Removing the incentive is much better than regulation because of the global, decentralised nature of the foreign exchange market.”

To find out more on Professor Taylor’s proposal to fix the London 4pm fix and rid the foreign exchange markets of any temptation to manipulate it read this article from Core.

Download the Dean's proposal on fixing the London 4pm fix