Chloe's top tips for eating well as a student

What women cannot do? 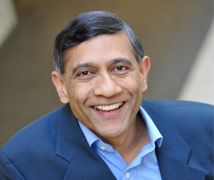 New research shows that the multitude of digital devices and social media actually help people work rather than hinder them.

The advent of Facebook, Linked In, Twitter and smartphones means people are connected in a multitude of ways leading some critics to believe it is affecting workers’ concentration span and ability to analyse in detail, with some firms even banning the use of social media.

But a study of leading technology companies in the UK, Finland and Germany by Professor Joe Nandhakumar has found that the myriad ways of communicating allows people to be more flexible about when and where they work and more effective.

The Warwick Business School Professor said: “We found that the ubiquitous digital connectivity altered workers’ sense of ‘presence’ and helped rather than hindered the effective completion of collective tasks.

This study also indicates that such digital connectivity afforded workers much greater latitude and control over their timing and location of their work.”

In a paper entitled Exploring social network interactions in enterprise systems: the role of virtual co-presence set to be published in the Information Systems Journal Professor Nandhakumar, Joao Baptista, and Niran Subramaniam, of Warwick Business School, found that the flexibility social media gave at the workplace fitted in with the demands of the modern world where, frequently, jobs are no longer a straight forward nine-to-five affair.

The Professor of Information Systems also found that the global nature of modern business also means working ‘out of hours’ as workers converse with colleagues around the world.

Professor Nandhakumar added: “The amount of information now at the fingertips of the modern office worker should not mean they are overloaded, but empowered.

In academic settings, digital connectivity and interactions are often seen as a positive aspect of our work and an essential part of how we keep up to speed with new knowledge and developments within our field.

Ubiquitous digital connectivity should be seen not as an unwelcome interruption but as part of the changing nature of knowledge work itself that needs to become part of normal, everyday practices of contemporary organisations.

The popular view that workers are passive in responding to their digital communication alerts and notifications, fails to recognize the extent of their ability to exercise choice in their interaction with digital media.

Even in the case of constant connectivity afforded by mobile digital media, studies suggest that workers are able to respond to communications in their own time, enabling time shifting of tasks by the participants.

Evidence from our research suggests that knowledge workers who were able to successfully deal with the timing and sequence of their ‘presence’ and responses in a digitally mediated workplace were better able to organise the flow of work through digital media.”

Companies and organisations should make sure their workers can control the flow of information, turning it on and off when needed.

There is a growing body of evidence which suggests that instead of adopting uncritically popular views of digital connectivity as something disruptive, organisations should instead investigate further,” said Professor Nandhakumar, who has worked with Ford and Nestle.

They should explore how employees can be better equipped and empowered to manage their time and productivity in this environment.”

See this research featured at Bloomberg Businessweek and Forbes.