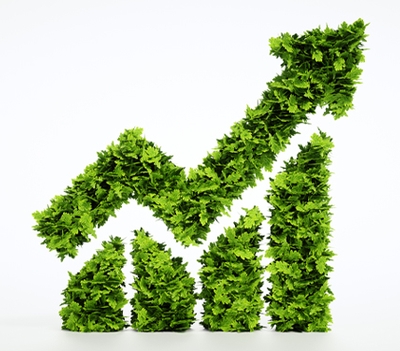 WBS one of world's top two schools for sustainability

French Lebanese Undergraduate Nour Dib has been part of an initiative to send more than two tonnes of food and aid to Beirut as it recovers from the terrifying blast that killed hundreds and injured thousands.

More than 200 people died and 6,500 were injured by the explosion, which flattened a huge swathe of the city, destroying three hospitals, 90 per cent of Beirut’s hotels and damaged over half its buildings.

A warehouse containing 2,750 tonnes of ammonium nitrate exploded leaving a giant crater in the port and wiping out nearby homes, hotels and buildings to leave more than 300,000 people homeless.

Nour spent that fateful day on August 4 contacting family and friends in Beirut hoping they were safe and alive.

“One of my aunts left the hospital where she works just 30 minutes before the explosion destroyed it,” says Nour, who is studying BSc International Business. “Fortunately, most of my direct family don’t live in that part of Beirut. Nevertheless, a lot of my friends and some family members saw their houses damaged; a friend’s father lost an eye, while some of my cousins and several friends of the family had to be taken to hospital because of injuries due to shattered glass, but they are okay now.

“Even my grandmother, who was in our house in the mountains at the time, heard and felt the blast and she was 70km away from the city.

“Everyone was affected by this terrible explosion, either mentally or physically, it was a big shock. Entire streets, skyscrapers, all popular restaurants, and bars young people went to, including me, were devastated. Some of the most beautiful heritage of Lebanon, like museums, palaces and old houses were levelled to the ground.”

The 21-year-old, who lives in Paris with her parents who immigrated to France from Lebanon nearly 40 years ago, was moved by the images and tales of tragedy to do something about it.

She helped set up a Whatsapp group to collect and send supplies back to her home city.

“Thanks to all of the donations and the awareness raised, we have sent more than 150 suitcases by plane so far and two tonnes of food and clothes by cargo ship.

“I am glad to be part of such an amazing group with great people. Posting on social media and messaging friends played a big part in encouraging people to donate. I have been really moved and impressed by the support of non-Lebanese friends around the world and by the international reaction in general.”

Based in Paris, Nour has been part of a logistical operation that has utilised friends, family and volunteers to collect donations, pack them into suitcases and then find travellers to take them to Lebanon. On the ground in Beirut more friends and family make sure the suitcases reach where they are needed.

“We have been in touch with amazing local NGOs and hospitals, updating us regularly on their needs,” says Nour, who is in her fourth year at WBS. “Also airline companies, like Air France and Middle East Airlines have started to allow all travellers from Paris to Lebanon an extra piece of luggage. Thus, finding willing travellers is much easier.”

Lebanon was already in the midst of an economic crisis that had increased poverty levels to 50 per cent with the COVID-19 pandemic overwhelming hospitals before the explosion, which registered as a 3.3 magnitude earthquake and was felt hundreds of miles away in Cyprus.

Protests erupted across the country against the Government for allowing such a tragedy to happen, eventually forcing Prime Minister Hassan Diab to resign, but Nour says many young people are still leaving the country to find a new start.

“My cousins have had to leave Beirut and come to Paris,” says Nour. “It is really hard to leave everything behind, but for now, I believe it’s the only chance they have to secure a better future, until things change.

“I believe all young people leaving now will go back one day and all the diaspora, including me, will help create a new and better Lebanon.”

To donate supplies or volunteer to help those affected by the blast visit the Help Lebanon website.