The Mind is Flat MOOC is creating a buzz on Twitter 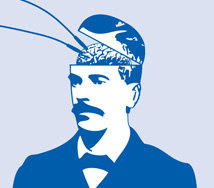 Twitter has been abuzz with talk of Warwick Business School’s maiden Massive Open Online Course (MOOC) as it finally started on Monday November 4.

Warwick Business School’s first MOOC, ‘The Mind is Flat: The Shocking Shallowness of Human Psychology’, reached its subscription limit in less than 48 hours and began for thousands of students on the FutureLearn platform.

Devised by WBS Professor of Behavioural Science, Nick Chater, the six-week course promises to challenge the received notion that people have 'deep' motives and beliefs that govern our behaviour.

Instead, Professor Chater will argue through experiments and research that our choices and actions are made up 'on the spot' using surprisingly shallow rules, which we later rationalise post hoc, and that our behaviour is often astonishingly unstable. Professor Chater will explore the implications of this viewpoint for understanding ourselves, our society, and our ethical choices and will look at the hidden psychological forces behind business and society.

The course will also include appearances by Financial Times journalist Tim Harford and Lord (Gus) O’Donnell, the Warwick alumnus and former Head of the British Civil Service who formed the Government’s ‘Nudge Unit’ to apply Behavioural Science to policy problems, to which Professor Chater is an advisor.

It has caught the imagination of thousands with those signed up on Twitter following #themindisflat.

Very excited to start a MOOC (online course) next month #themindisflat - if you're interested in trying one head to https://t.co/PPkWKtqAJL

Looking forward to getting stuck into #themindisflat it's years since I've studied so may take a while to get up to speed!

Professor Chater is head of Warwick Business School’s pioneering Behavioural Science Group, the biggest of its kind in Europe, and believes MOOCs can not only democratise knowledge but allow universities to reach a wider audience.

“Our course is a taster for what we have on offer at Warwick Business School - exciting, cutting edge perspectives on human behaviour, organisations, business and society,” said Professor Chater.

“Our everyday conception of how our mind works is profoundly misleading. We are victims of an ‘illusion of mental depth’ - we imagine that our thoughts and behaviours arise from hidden motives and beliefs and that we can understand ourselves by somehow uncovering these hidden forces, whether through therapy, lab experiments or brain scanning.

“This course will show you that the very idea of these ‘mental depths’ is an illusion. When this is stripped away, our understanding not only of minds, but also morality, markets and society is transformed.”

To find out more about FutureLearn and Warwick Business School’s course ‘The Mind is Flat: The Shocking Shallowness of Human Psychology’ go to www.futurelearn.com. The course will be run again in early 2014.

Professor Nick Chater teaches Behavioural Sciences for the Manager on the Warwick Executive MBA and the Principles of Cognition on MSc Business.