The search for a true monetary value of a life 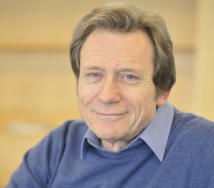 Can you put a monetary value on a life?

The Department of Transport values a life at £1.8 million. That is how much they advise spending on safety measures which would aim to prevent a death on the roads and railways.

The NHS uses another method of judging whether the cost of a new treatment is worth it, by working out the number of quality years it would add to a person’s life. Roughly speaking, if a treatment can deliver an extra Quality Adjusted Life Year for £30,000 or less, it is regarded as good value for money.

Governments, insurance companies and public bodies have to take account of the value of a human life in deciding where to spend their money. Most Government departments survey the population to come to a figure.

Now academics from Warwick Business School's Behavioural Science Group and the University of Warwick’s Psychology department have started a four-year study into how these ‘values’ are obtained and how people in surveys come to their ‘value’.

Graham Loomes, Professor of Behavioural Science, said: “Research has shown that context and the method used to elicit people’s values have an influence on their answer. People are open to error and bias when asked for snap judgements or when doing surveys and their answers can vary quite a lot from one situation to another.

“Putting a monetary value on life and health and safety is difficult and the answers can be pushed around by the way the question is framed. We need to understand better how vulnerable these ‘values’ are and whether you can find a robust figure for general public policy use.”

The Leverhulme Trust has awarded Warwick Business School and the University of Warwick a total of £900,000 to look at the concept of ‘value’ both at a fundamental level and to be applied in public policy matters.

“At the end of the four years it is unlikely we will have a simple model to be used in every situation,” said Professor Loomes. “But what we hope to have is a model that can be adapted and used in different areas. We already have a lot of data from earlier studies and we will work on this and collect more to see if we can improve the quality and consistency of the figures used in transport, health and safety across all Government departments. If we can understand more about the mental processes people use when they think about these things and answer survey questions, we may be able to reduce bias and error and get at figures that better reflect people’s underlying values.”

Professor Loomes believes there are many factors that can affect the way people respond and many interesting psychological and ethical issues need to be explored.

“People may care how the money is raised – for example, through specific charges or through general taxation,” said Professor Loomes. “They are often sensitive to issues of fairness, but fairness can be a tricky thing to measure.

“Should the same value be placed on old people as opposed to children? Or pedestrians over motorists as they are more vulnerable? How much allowance should be made for personal responsibility? For example, should the railways spend less to prevent the death of a trespasser on the line than the death of a fare-paying passenger? If so, why? And how much less?

“If different ways of asking the questions give radically different answers, why? Are people aware of their contradictory judgements? And if we bring it to their attention, how do they reconcile any contradictions?

“We will explore how people arrive at their values, how they reconcile disparities, how context affects their responses. We hope to use eye-tracking and process-tracing technologies to monitor the process of people’s decision-making plus lab experiments and then apply our findings to new surveys in the real world.”