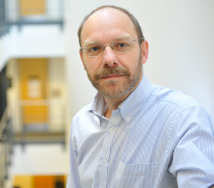 UK medium-sized firms are expecting to outperform their counterparts in Germany, France and Italy in 2016.

A survey of 1,000 mid-market companies in the EU4 – that is the UK, Germany, France and Italy – found that UK firms are predicting growth of 4.9 per cent next year, while German and Italian firms are looking for growth of 3.8 per cent and medium-sized businesses in France believe they will grow 2.7 per cent.

Professor Stephen Roper, of Warwick Business School and Director of the Enterprise Research Centre, led the research and despite the common consensus that the German Mittelstand leads the rest of Europe he has found UK businesses are expecting to outperform them next year.

“This year UK mid-market firms are looking at growth of 3.9 per cent,” said Professor Roper, who revealed the research at a networking event with UK Trade and Investment (UKTI) held at Warwick Business School. “While Germany’s medium-sized companies are just ahead at four per cent, but the UK’s firms are slightly more confident about 2016 and will overtake their German rivals in terms of sales growth.”

French mid-market firms grew by 3.7 per cent, but are expecting to see that fall by one per cent in 2016, while Italy is expecting a jump in growth of 1.3 per cent to continue its rapid rise, as it had just 0.2 per cent growth in 2013.

Professor Roper said: “The UK firms have notably less manufacturing than in Germany. In the UK 18 per cent of mid-market firms are family-owned, with the majority of these also being family-led. In Germany 38 per cent are family-owned, around half of which are also family-led and operated.

“UK mid-market firms remain less export oriented than their German and continental counterparts. On average export sales account for 34 per cent of the revenues of UK firms compared to 40 per cent in Germany and around 35 per cent in France and Italy.

“Around two thirds of UK mid-market firms export with professional services firms being the most likely to, followed by ICT then manufacturing.”

Across the UK there are around 30,000 mid-market firms – that is those with sales of between £10 million and £500 million – and they represent two per cent of the nation’s firms but around a third of all private sector jobs and wealth creation.

“Our survey revealed that UK mid-market companies see management and structure and employee skills as the two main drivers of growth,” said Professor Roper. “But they see finding talent with the right skills as the biggest inhibitor to growth, which is similar to Germany, who also find attracting the right skills as the main problem. In France, though, having sufficient working capital is the main concern for mid-market firms, while in Italy it is keeping costs down.”

The survey found the Eurozone is still UK’s medium-sized firms preferred market to export to, with 79 per cent exporting to it.

But despite the Chancellor of the Exchequer, George Osborne, recently outlining his aim of making China the UK's second largest trading partner by 2025, the UK’s medium-sized companies have lower Chinese revenue growth expectations than their German, French and Italian counterparts.

Professor Roper found 48 per cent of UK mid-market firms had no plan to export or operate in China. Meanwhile, the survey found the figure was 33 per cent in Italy, and 45 per cent in France and Germany.

“In terms of China the UK’s mid-market presence lags marginally behind that of our EU competitors,” said Professor Roper.

“Mr Osborne is keen on the UK improving its trading links with China, but the evidence from our survey shows the country’s mid-market firms face significant barriers to achieving that vision.

“There is some evidence in the survey that a lack of local knowledge is hindering any thoughts of exporting there plus a lack of interest in international expansion, but this is something we need to look into further.”