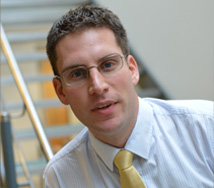 Assistant Professor of Global Energy Frederik Dahlmann writes on how global events and how other countries' policies filter into UK prices for gas and electricity.

The recent round of impending energy price rises by the UK’s “Big Six” energy suppliers has predictably caused widespread uproar and frustration. Accusations are flying around with government, opposition and industry blaming each other in an almost circular manner.

In the midst of this circus are the customers, both domestic and industrial, who are increasingly feeling left behind. Justified concerns about fuel poverty, industrial competitiveness or potential blackouts are not getting a hearing. People are unaware or unsure over the true causes of the energy suppliers’ annual announcements.

Deciphering the factors behind energy prices is indeed tricky, not least because people tend to think nationally and ignore the global context. In fact, UK energy prices are the result of a complex mix of developments right across the world. From natural disasters in the Pacific to policy changes in Europe, UK customers may be partly paying the price for a variety of issues abroad.

At the highest level, globalisation remains a major driving force behind commodity availability and prices. More specifically, rapid growth in emerging economies, particularly in Asia, means these countries are developing an insatiable appetite for the very resources once destined for our shores.

In addition, several unpredictable natural and political events (Fukushima, or the Arab Spring, among others) are suddenly linking Joe Public's need for natural gas to heat his home in Lincolnshire with gas shipments diverted to Japan or China, where demand and accordingly prices are higher.

Such developments may appear incredibly far away and unrelated. Their very impact, however, is most strongly felt in countries like the UK which depend on imported energy, with few major alternatives.

Closer to home, a key factor in the UK’s case is that four out of the 'Big Six' suppliers are owned by major European utilities. Though these owners have benefited handsomely from privatisation and market openings in the past, they are now increasingly coming under financial pressure. Sometimes they have not helped themselves. In the four cases of E.On, RWE npower, Scottish Power and EDF Energy, unforeseeable external events have combined with major strategic planning mistakes to cause severe headaches for the companies’ executives.

The main error was that these utilities invested in new (predominantly fossil-fuelled) power plants which, at least for the time being, they can no longer operate in a commercially viable way. With most of Europe still affected by the recession, demand for energy has stagnated. The utilities are therefore left with so-called “stranded assets” or “overcapacity” – plants that are currently no longer needed as originally planned.

More importantly, E.On and RWE, both based in Germany, also appeared to be extremely reluctant to predict the severe impact that renewable energies would have on their home market. In Germany, these new forms of power generation are legally given precedence to the grid. Existing fossil fuel plants must often either be switched off or operate at a loss.

In the one case where a utility actually did invest in renewables (as in the case of the Spanish firm Iberdrola which owns Scottish Power), this rapid growth was financed in expectation of state subsidies in the form of feed-in tariffs. In a world where several European governments are struggling to keep their countries financially afloat, businesses (and in this case Iberdrola) were among the first to take the hit.

Lastly, and linking back to events further afield, the nuclear accident at Fukushima had an unexpected impact on the UK energy market: via Europe. Following the meltdown in Japan, the German government ordered an immediate shut down of its nuclear plants. Both E.On and RWE were suddenly left with a severe reduction in income from their nuclear power plants - income they used to rely on.

EDF, owned by the French state (which itself is looking for any form of revenue to address its budget deficit), is planning to invest billions of pounds into new nuclear plants in the UK. So there too may be strong reasons to ensure the sums add up.

Finally, developments inside the UK energy market also contribute to this blurry picture affecting energy costs. Energy suppliers have increasing environmental and social obligations to go with the need to build new power plants and upgrade or replace Britain’s creaking electrical infrastructure. It all adds up to put pressure on utilities to charge consumers more and more.

Despite many of these factors being relatively widely known, we still can’t be certain what the actual contributions of each is to the bills we receive. The energy debate is full of assumptions and simplifications, but hard facts are difficult to come by. The energy industry is complex and can be tough to penetrate.

This increases people’s feeling that the industry isn’t working and that they are not being served. It is high time for energy companies to increase transparency and demonstrate their willingness and ability to work for and with consumers.

This article was featured at The Conversation.