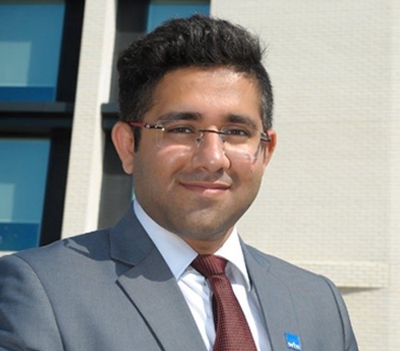 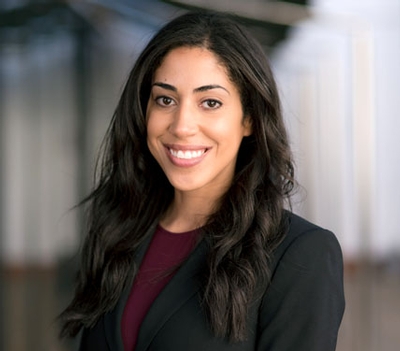 Gaining the skills to lead myself, others and a business

Developing my career prospects and enhancing my organisational impact

Using my MBA to transition from the Army

From navigating his way through a field of land mines to steering a law firm into new sectors Ben McGuire is showing just how transferable skills from the Army are.

Ben spent 15 years in the Army, rising to Company Commander before leaving the services to embark on a Full-time MBA move into business.

As Managing Director of Simmons and Simmons Solutions (a subsidiary of the law firm Simmons & Simmons), Ben believes his leadership skills have held him in good stead in the commercial world.

“One of the major barriers for people leaving the forces is that they undervalue what they have learned in the services,” says Ben. “They think about it as a vocation and therefore not transferable. There are skill sets around the trades learned in the Army, but there are also a myriad of other skills such as leadership that are hard to quantify but which are eminently transferable.

“CVs tend to be full of numbers and budgets to explain achievements, but there are other skills around leadership and building teams that the Army gives you. The MBA gives you the opportunity to explore that and transfer it to the commercial world.

“In the Army you learn empathy, how to build a common purpose and servant leadership. Leading an infantry company is an enormous privilege and you learn that leaders eat last - their main concern is their people.”

Ben joined the British Army’s officer training at Royal Military Academy Sandhurst in 1997 before serving with the Light Infantry and then the Rifles for 15 years, which involved tours of all the world’s major hot spots – Northern Ireland, Bosnia, Iraq and Afghanistan.

It was as an Infantry Company Commander when on a reconnaissance visit for a forthcoming tour in Helmand province in Afghanistan, that Ben had his most hair-raising moment.

“I was being shown around by the Commander of the company we were taking over from and while on patrol the man behind me stepped on an IED (Improvised Explosive Device), but luckily it only partially functioned and nobody was hurt,” said Ben. “That was a very nerve-wracking moment.

“In Helmand we were trying to partner with and improve the capability of the Afghan police and military. Every operation we did, we did it with them. We also undertook a project to remove IEDs across the fields to free the land for farming, working with bomb disposal experts, which was hugely rewarding. Our other priority was to find and disrupt the Taliban.

“We made a great deal of progress in our six months there. We managed to significantly disrupt the Taliban in our area and left the local population in a better place.”

Ben took voluntary redundancy from the Army in 2012, which allowed him to fund a Full-time MBA to help his transition into a commercial role.

“I was looking for the tools and language to allow me to transfer from the Army where I had learned about leadership and planning big projects, the MBA gave me that awareness and understanding,” said Ben. “It also gave me access to a network and to build the personal relationships to find opportunities to help others and develop beyond the MBA.

“Finding the right opportunity was not easy, but I stuck at it and in the end I received a cold call from the independent regulatory body, The Takeover Panel, to apply for its Chief Operating Officer position. The two aspects they really wanted in a candidate was having an MBA in conjunction with leadership experience.”

Thanks to his MBA dissertation on using lean to improve professional services Ben was subsequently given the opportunity to establish and then run a new division at Simmons and Simmons, which brings together its additional services on top of offering legal advice

“By applying new ways of working we can solve the whole business problem for clients,” says Ben, who overseas six teams and more than 60 people. “For example LIBOR is coming to an end in 2022 with a new benchmark interest rate taking over. So as well as giving legal advice on what that means for companies, every financial contract references that rate, so they all need changing. That is a huge task and a lot of data, which our data science team and legal engineers can do very quickly.

“The negotiation phase of signing new agreements can then be done through our online platform using electronic signatures and then back into the banks’ systems. So we have the capability to do the whole business problem not just advice on the contracts.”

Ben believes the MBA has given him a route into the business world that has allowed him to enhance and build on his Army experience.

He added “My MBA combined with my leadership experience has allowed me to achieve my potential and find a commercial role just as fulfilling as my Army career.”

If you are a current or past member of the Armed Forces and are considering an MBA, WBS is delighted to be sponsoring the Heropreneurs Virtual Awards 2021, which offers one fully-funded MBA and one fully-funded Warwick Executive Diploma scholarship.

The deadline to enter is Friday June 11. Visit the Heropreneurs website for more information.