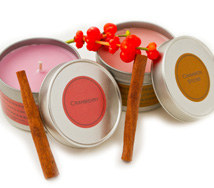 A team of students from the University of Warwick will compete in the Uni Popshop event at the world famous Spitalfields Market in London on June 25.

The team of five are pitting themselves against other universities to market and sell a product in the social enterprise competition.

Each group has been given a £300 start-up loan, a mentor and the use of a stall at Spitalfields Market. The rest is up to them. They will have a single day to make as many sales as they can and the team who generates the most money will win.

Gift in a Tin is a business run by Anne Livesey, a graduate from the University of Warwick in 1983 with BA Hons in English and American Literature with French who has kindly given some of her products to the students to sell at the competition.

“If during their academic studies, students can have a taste of, and enjoy enterprise, it opens their eyes to the possibilities ahead,” said Ms Livesey. “This project is excellent; the students have used a multitude of skills, from sourcing, pricing, negotiating, social media marketing, sales and packaging. Team work has been vital.

“Providing students and young people with a strong academic background is great, but actually learning enterprise skills is what really prepares them for their working lives.”

During the event, an additional prize will be awarded for the team who have lead the best digital marketing campaign in the run up to the event, something which Mr Dhanak, project manager, is keen to explore.

“We are using social media channels such as Facebook where we have set up an event page and we are using Twitter to connect with influential organisations such as Hoxton Radio,” said Mr Dhanak.

“An advert that we designed has been featured on the digital campus signs which is great exposure especially with the Warwick Open Days this weekend which will see thousands of visitors at the campus. We’ve also written and produced a film which is available on YouTube.”

To watch the film visit  https://www.youtube.com/watch?v=wY7Oy5VM9d0

Ms Edwards is delighted to be taking part in the project having just finished a four year study programme in Computer and Business Studies.

“This is such an exciting project for us,” said Ms Edwards. “We’ve been able to implement a lot of our existing business knowledge but we’ve also had to learn lots of new skills really quickly such as film-making.

“We’re really hoping students, staff and alumni from WBS will get behind us on this venture by showing their support on Twitter and Facebook. And of course if anyone is around London on Tuesday 25th we’d love to see you at Spitalfields.”

Half of the team’s profits will go to their chosen charity Candle Lighters which supports children who are suffering with cancer.