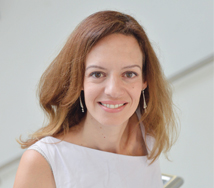 The booming sharing economy is leading to an increase in mobile payment use, revealed Pinar Ozcan at the WBS PayTech Conference at WBS London at The Shard.

Auditor PwC estimates the global sharing economy will grow from $15 billion in 2013 to $335 billion in 2025 and Dr Ozcan, Associate Professor of Strategic Management, believes that will push up the use of mobile payment technology as well.

The rise of sharing platforms such as Airbnb and Uber means mobile technology is playing an increasing role in the way consumers pay for services and goods.

“Many of these sharing platforms use mobile payment technology and so their growth will encourage the growth of PayTech in this area,” said Dr Ozcan, who teaches Strategy and Practice on the distance learning MBA and Strategy Analysis and Practice on the suite of MSc Business courses.

“These platforms encourage business at an individual level, rather than going through companies. Calling for a taxi through Uber or booking a room on Airbnb or even finding the nearest car repair shop all involves apps. They are doing business from peer to peer and bypassing companies and it is all done through mobile payment technology.

“This all happens on the mobile phone, it is the device where you book all these things, and the app allows you to send a payment with one click.

“Paypal, Apple Pay and Google Wallet have stolen an early march, certainly in the US and Europe, but there are many smaller players with great innovative products in the sector.”

Dr Ozcan also revealed that while they recently became quite popular, mobile payments, particularly Near Field Communication (NFC) based ones, were delayed in the West for 15 years due to squabbling egos of banks and technology firms.

“It has been recognised since the early 2000s that NFC was the preferred choice of technology to get the mobile payment industry rolling,” said Dr Ozcan, who is embarking on a research project to map the factors needed to boost the sharing economy in the UK.

“But mobile operators needed access to bank accounts, while banks, in turn, needed mobile operators because the user’s bank information and the payment software needed to be integrated into the mobile service of the user. But wrangling over who dealt with – and essentially owned – the consumer resulted in it being delayed.”

The arrival of Apple Pay in 2015 has brought the return of Google Wallet and Dr Ozcan believes it will lead to rapid growth in the technology that had stalled for more than a decade.

“Now that Apple has joined them, the fact that two big technology players are backing the payments system on their devices will certainly help with more widespread adoption issues,” said Dr Ozcan, one of a host of speakers at the conference from academia and the PayTech industry including MasterCard, Capco, Tradle and World Economic Forum.

“One interesting difference between Apple Pay and Google Wallet, though, is that Apple won’t have any access to information about what users buy or how much they paid. Google, on the other hand, ‘sees’ every transaction that a user makes.

“One thing that Apple has done right is to use its reputation as a top technology firm and platform provider to strike deals with the industry leaders in banking and mobile communications to finally get them to co-operate. When a company like Apple gets behind a technology, nobody wants to miss that boat.”