Aldi is leading the squeeze on the big four food retailers 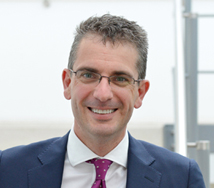 The Professor of Marketing believes Sainsbury’s, Tesco, Asda and Morrisons are likely to be quaking in their boots as their market share is eaten into by both the no-frills discounters as well as the top-end retailers.

Aldi saw its group turnover rise nearly 36 per cent last year to £5.3 billion and pre-tax profits soar 65 per cent to £260.9 million, helped by more than 90 per cent of its sales being its own brand.

Professor Harris said: “Could the results of Aldi reflect the start of a slow demise for the big four? It might just be.

“If the market trends continue, the big four food retailers are going to find themselves squeezed. At the top end of the market firms like Waitrose and Marks & Spencer are nibbling away at their market share of the still affluent middle-classes.

“At the other end of the market, competition is getting harder and cleverer. The discounters and no-frills retailers are still there, while the astute, value-oriented retailers are eyeing the market share of Tesco with envy and, for the first time, with expectation.”

Aldi has seen its market share rise to 4.8 per cent for the 12 weeks up to September 2014 – close to Waitrose’s 5.1 per cent - while fellow no-frills store Lidl has also seen its share jump to 3.5 per cent with the public increasingly turning to such stores as they look to tighten their purse strings. In fact, Aldi said it is now attracting one million more customers than a year ago.

Waitrose is very much seen as the opposite end of the retail sector, but has recently taken a leaf out of Aldi’s book according to Professor Harris.

He added: “At the top end of the market even the middle-class bastion Waitrose has introduced a value range in the form of 'Essentials'.”

Aldi opened 42 new stores in 2013 with a further 54 planned this year and between 60 and 65 in the pipeline next year as part of an ambitious £600 million expansion spree. The retailer is also set to launch new offerings including caviar and scallops for the first time as well as lifting a ban on the use of credit cards from October 13.

Professor Harris believes the biggest inroads into the market have been from retailers like Lidl and Aldi as they have targeted consumers anxious to save money  – a  defining category of the retail industry over the last six or seven years in what he terms an era of ‘value’.

He said: “While the big four have all too often continued to dismiss the actions of the discounters - frequently using the labels 'discounters' or 'no-frills retailers' as a means of suggesting lower quality - firms such as Aldi and Lidl have slowly and ever so quietly rewritten the rulebook of food retailing competition.

“You can't describe them any more as no-frills retailers - they may not have all the frills but most importantly they've got the frill that the customers want and at a price customers love!”

See this article featured at CNBC, The Grocer, AOL Money and The Scotsman