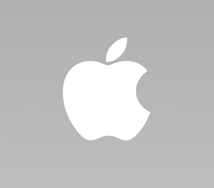 Apple has found itself caught in the crosshairs of the European Commission over its tax practices in Ireland, but Loizos Heracleous, Professor of Strategy, writes it will take a lot more than a tax scandal to remove the firm from its lofty perch as the world's most valuable company.

Apple doomsayers have a new arrow in their quiver. To add to the usual arguments that Apple’s success relies too much on the iPhone and that its growth cannot keep up with its historical levels, they can now also point to Apple’s run in with the EU over its Irish tax affairs. But this does not mean that Apple is doomed.

With a market capitalisation of US$580 billion, it is still the most valuable company in the world, and for good reason. The excitement around its latest product launch is testament to Apple’s enduring popularity with consumers and investors alike.

Related article: Apple has a social duty to pay a fair tax rate

The European Commission’s ruling that Apple’s tax arrangements with the Republic of Ireland amounted to “state aid”, and its requirement that Apple pays €13 billion (US$14.5 billion) plus interest in back taxes to the Irish government, have sparked debate on the current state of the global tax system, the rights and wrongs of corporate taxation, and the social role of corporations. Some have questioned Apple and other companies' use of global tax loopholes to minimise their tax payments.

It is worth remembering a few points, however. First, from a social responsibility perspective, Apple has had a production facility in Ireland since 1980, currently employs 6,000 people there and indirectly supports close to 1.5m jobs in Europe.

Second, Apple (and Ireland) hold that their tax arrangement is not a special deal but is available to any corporation operating there that wishes to use it.

Fourth, tax law has historically been set within the sovereign jurisdiction of states rather than of supranational bodies such as the EU. Nation states have employed favourable tax regimes to compete for inward investment from global corporations. The EU’s ruling, if it withstands the legal challenges, has significant implications for that sovereignty principle.

All of this is not to suggest that corporations should escape their fair share of tax. But how do we determine what is a “fair share”? Apple is a US company; it conducts almost all research and development for its products and services in the US, which is where it pays most tax. Like several other US corporations, Apple has chosen to delay the repatriation of its profits to the US, where they would be subject to an effective rate of 40%.

And Apple employs legal structures that are being employed by most global corporations to optimise its tax rate, within the limits set by the various legal jurisdictions where it operates, as it would be expected to by its shareholders and by the stock market. What is often ignored is that Apple is the largest taxpayer in Ireland, in the US, and in the world.

Apple’s tax issue will not harm its competitive success for a number of reasons. It will take several years for its appeal against the EU’s ruling to go through the legal system and there is a good chance that the amount may not be payable after all, at least at its current level. Both Apple and the Irish government will fight the EU decision – Ireland has said it does not want the money, since Apple complied with Irish tax law and so owes nothing.

More than the iPhone

What Apple’s critics forget is that the company’s business model is not just hardware. The iPhone is at the centre of an ecosystem that includes apps, music, media, cloud storage, other services and other Apple hardware. This ecosystem is yet to be matched by competitors and it grants competitive differentiation and ability to employ premium pricing.

It is also an ecosystem that continues to expand – not only in terms of the products and services available, but also geographically. The middle classes in emerging markets are growing, and Apple is well placed competitively to benefit from this growth. Add to this the immense efficiency of Apple’s operations – which its main rivals are far from matching – and it becomes clearer why Apple is the most valuable company in the world.

The tax debate is an important one and it needs to take place. But choosing to make an example of a leading company because of its preeminence in the market, is not the solution. All global corporations minimise tax as a business cost. Nation states such as Ireland choose to have favourable tax regimes in order to compete for inward investment by global corporations. This is a basic way in which they grow their economy and support their society. Thus, the tax question is complex and cannot be settled by simple corporation-bashing.