Explore the exciting towns and cities close to campus

Is rivalry putting BT and Sky's future at risk? 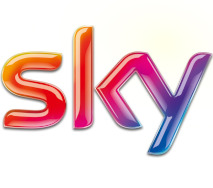 Assistant Professor of Strategy Ronald Klingebiel reveals why BT and Sky need to return to their core strengths.

These days you can easily get your landline and mobile, your internet access, and your TV package from a single provider. Whereas consumers previously had four separate contracts, one will now suffice. Simple maths would suggest this spells trouble for 75% of the traditional set of providers.

BT and Sky are aware of the threat and, despite their different origins, have responded with similar strategies of diversification. BT reported upbeat results today and Sky last week, but it remains unclear whether diversification is paying off. Sky’s big push towards broadband domination has hit a dead end and BT’s bet on sports programming looks unlikely to return its £2bn investment. And the two seem to be hurting each other directly by doing things the other knows better.

BT’s roots might be in phones, and Sky’s in pay TV, but this distinction is no longer relevant if consumers can get both online. All that matters is a good “bit pipe”, the plumbing that connects you to the internet. These days, such connection might be via cable, DSL, or even mobile 4G.

Gone are the days when the internet was just about surfing web pages. With calls and TV now an integral part of our internet experience, paying separately for these services on BT’s & Sky’s bills seems odd. And what’s more, few people like their online freedom of choice restricted. There is no obvious reason why our choice of bit pipe should tie us to particular phone deals or content packages.

Providing mere connectivity is of course a chilling prospect for many firms in the affected industries, who fear nothing more than being reduced to selling a commodity. But although sports content or social media may appear sexier, offering good plumbing actually remains a sizeable business.

True, the converged market space is contested, and this will only intensify as European markets integrate across borders. But chances are the winners will be those companies that provide the fastest, most ubiquitous and reliable internet access, irrespective of whatever else they sell.

While BT is distracted by its multi-billion pound content adventure, and Sky is equally hamstrung by programming commitments, the likes of Vodafone are focusing on enabling exactly that kind of high-performance package.

And it is not only that consumers are unlikely to forgo a fast bit pipe for a slower one with a bit of added content. It is also that TV might not be sold in pre-bundled packages for much longer anyway. People increasingly like to assemble their own menu. You can pay for selected shows on Sky’s Now TV, sign up to HBO directly, get your news through the New York Times videos site, and rent your favourite films through Blinkbox, for example. Set against such freedom of choice, the strictures of pay TV bundles seem increasingly arcane, especially if these then come tied to the bit pipe.

This is not to say that content cannot differentiate comparable products at the margins, such as US mobile network Sprint’s attempt to spruce up its deals with Spotify. But this is a short-term tool, not really exclusive, and unlikely to make up for any shortcomings in the core product.

Focusing on the strategic core

The industry trends of convergence and unbundling require a new sense of focus. BT would benefit from containing its outlays in BT Sports and refocusing on top-notch connectivity. It has advantages in network reach and has taken encouraging steps towards complementing coverage with mobile technology. Seamless connection on all devices, whether at home or out and about, would be a compelling offer for discerning customers. BT could try harder to increase speeds and its customer service has room for improvement too.

Sky would probably do well to refocus on content creation and curation, especially with regards to sport. This would allow it to offload its network infrastructure to a firm like Vodafone that would benefit from a stronger backbone.

Money and attention that would otherwise go to its networks business could then be fully concentrated on the quality of its content offering. Among other things, it would stand a better chance of securing expensive assets such as the premier league rights offered in upcoming auctions.

Not the end of the world

If BT executives envy their peers at Sky for the greater appeal of content products over mere bit pipes, they will take comfort from several other revenue growth opportunities that are closer to BT’s strategic core. The most obvious is the internet of things. Any “thing” that is being connected constitutes a potential customer.

Further opportunities are to be found in services that add value to connectivity. Security solutions for devices are one example, as are solutions to make the internet experience consistent across users’ devices and locations. Companies that provide bit pipes should also be able to monetise the big data they generate, and they might be allowed to charge higher rates for particular types of traffic as net neutrality rules weaken.

It is understandable that the recent market upheavals have had companies like BT and Sky scrambling for a viable strategy. It is high time though that they remembered their core capabilities. A converged telecommunications market calls for differentiation, yes, but not through content – rather through the quality of the bit pipe.

Both BT and Sky need to consider whether they can afford to be master of two trades when both are under pressure. The companies’ respective strengths in connectivity and content are their best hopes of weathering the current industry transformations.

See this article first published at The Conversation.