Argos and eBay pilot points to the future of retail 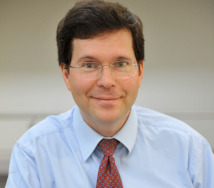 The tie-up between Argos and eBay is the dawn of a new kind of retail environment and could spark more partnerships, according to Associate Professor of Marketing & Strategic Management Scott Dacko.

Home Retail Group Plc’s Argos is trialling a partnership with the Californian online giant at 150 of its stores throughout the UK where shoppers will be able to order selected goods from eBay and collect them from at one of the stores.

The trial involves 50 eBay merchants and will run initially for six months and is similar to Amazon’s locker delivery service, where customers can order online and then pick up their product from a passcode-protected locker at local stores.

Dr Dacko feels it is an exciting development and one that continues a trend of convergence between online and high street shopping.

“Whether this exact set-up is going to be the model or not, the integration in online and off-line sales is the future for retail,” said Dr Dacko, who is the author of The Advanced Dictionary of Marketing: Putting Theory to Use published by Oxford University Press.

“The new eBay-Argos partnership, where certain eBay purchases can be collected from Argos shops in the UK, is clearly being driven by the irreversible trend of increasing consumer demand for convergence in online and store-based retail shopping environments.”

In May, Argos reported its first rise in annual sales in five years as they increased by 2.1 per cent largely thanks to online sales and the popularity of its 'check and reserve' service. This came after Home Retail Group launched a three-year £300 million investment plan to revitalise Argos.

Meanwhile, eBay already runs the eBay Now service in New York and San Francisco, allowing shoppers to have goods delivered from ToysRUs, Urban Outfitters, The Home Depot and other local stores within about 60 minutes of completing their order for a fee.

It is still not clear if eBay are paying Argos for the use of its shops in the trial.

Dr Dacko added: “This partnership is likely to be a win-win-win arrangement, with both partners and UK consumers benefiting all round. I am sure the arrangement will prompt a host of competitors to move more quickly into not only seamlessly integrating their online and brick-and-mortar operations but also looking into similar partnerships as well.

“Argos could well get more people in their stores. Any concerns about cannibalisation in sales would depend on the uniqueness of the offerings and as we don’t know which eBay merchants will be involved, it could be ones who are not in direct competition with Argos. A partnership like this can be a low cost way of attracting more consumers.”

See this article featured at The Telegraph, the Daily Mail, Bloomberg and the Daily Express.